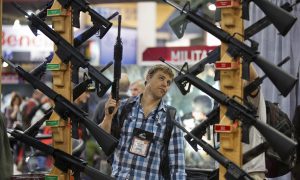 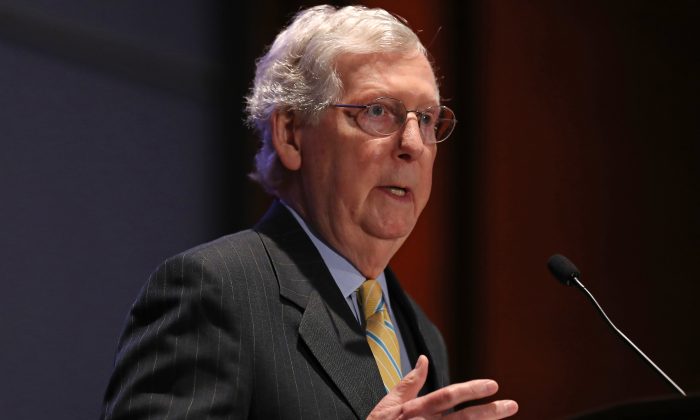 WASHINGTON—U.S. Senate Majority Leader Mitch McConnell (R-Ky.) said he expects to hear next week from the White House whether the Trump administration wants to move ahead with legislation to address gun violence.

McConnell, in an interview on Sept. 3 with radio host Hugh Hewitt, reiterated previous statements that any gun legislation should have the support of President Donald Trump before McConnell would bring it to the Senate floor, so that lawmakers deciding how to vote would know the proposal could be signed into law.

“The administration is in the process of studying what they are prepared to support, if anything. And I expect to get an answer to that next week,” McConnell said in the interview. Congress returns to work next week after its August recess.

“I said several weeks ago that if the president took a position on a bill, so that we knew we would actually be making a law and not just having serial votes, I’d be happy to put it on the floor,” McConnell said.

The White House has been working on measures to address gun violence after several recent mass shootings. Trump has voiced support for tackling mental health issues related to the violence, while also looking at expanded background checks, an issue on which he has wavered.

“If the president is in favor of a number of things that he has discussed openly and publicly, and I know that if we pass it it’ll become law, I’ll put it on the floor,” McConnell said.

A White House official, Marc Short, said Sept. 2 that authorities had drafted legislation that would speed the death penalty for people who have committed mass murder, and that it would be part of a package of gun legislation that the White House intends to propose to Congress.

The latest U.S. shooting rampage happened last weekend in West Texas, where a gunman with an AR-type rifle killed seven people and wounded 22 others before he was killed by police.

Trump called the shooter “a very sick person,” but said background checks on gun buyers wouldn’t have prevented recent gun violence. He told reporters on Sept. 1 he would be working with Democrats and Republicans on gun legislation when Congress returns to work this month.

“I think you’re going to see some interesting things coming along,” Trump said.