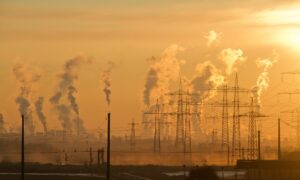 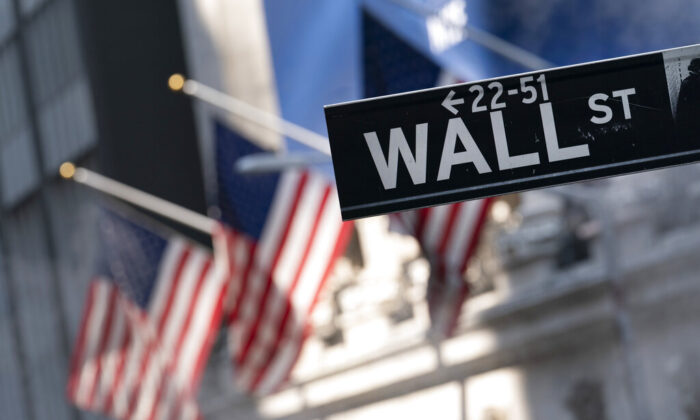 World stocks fell from the previous session’s record highs, European stocks dropped, and Wall Street futures were down on Sept. 8 on caution over the pace of economic recovery, while the dollar hit one-week highs as investors pared down their exposure to riskier assets.

While optimism about the reopening of economies has combined with central bank easy-money policies to push world stocks to record highs, concerns are growing about a potential cooling effect of the spread of the Delta variant on economic activity.

“What is likely ahead of us is a continued but temporary deceleration of economic activity of one to three months, which likely started in August,” Sebastien Galy, senior macro strategist at Nordea Asset Management, told Reuters.

The labor market is a key touchstone for the Fed, with Federal Reserve Chairman Jerome Powell hinting at the Jackson Hole Symposium several weeks ago that reaching full employment was a prerequisite for the central bank to start tapering asset purchases. The Fed has been making about $120 billion in monthly purchases of Treasury and mortgage securities, one of the crisis support measures the central bank deployed last year to help lift the economy from the pandemic recession.

While some experts have argued that the weak jobs data was likely to draw out the timeline for a Fed decision on trimming asset purchases, known as tapering, St. Louis Federal Reserve Bank President James Bullard told the Financial Times in an interview on Sept. 8 that the central bank should move forward with paring down bond buys, despite the job growth slowdown.

“There is plenty of demand for workers and there are more job openings than there are unemployed workers,” Bullard told the outlet. “If we can get the workers matched up and bring the pandemic under better control, it certainly looks like we’ll have a very strong labor market going into next year.”

The Labor Department’s JOLTS report, which provides an updated picture of job openings in the United States, was released on Sept. 8. The report shows a record 10.9 million job vacancies, in sharp contrast with the more than 8.4 million unemployed in the United States actively looking for work.

Speaking at the Jackson Hole symposium, Powell said that if further signs confirm the strength of the labor market recovery, this could make it “appropriate to start reducing the pace of asset purchases this year,” with some analysts predicting a possible announcement as soon as during the Fed’s next policy meeting over Sept. 21 and 22.

The disappointing jobs report has prompted a revaluation of those expectations among some economists. Wells Fargo analysts wrote in a note (pdf) that the downbeat non-farm payrolls number means the door is “fully closed” on a September taper announcement.

Bullard, in his interview with the Financial Times, provided more clarity around when the Fed is likely to start tapering.

“The big picture is that the taper will get going this year and will end sometime by the first half of next year,” he said.