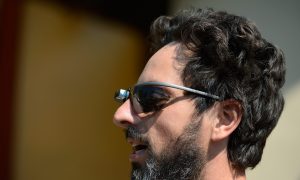 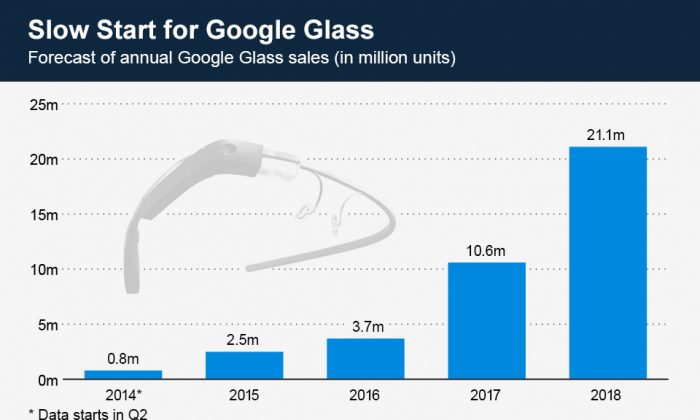 Approximately 0.8 million Google Glass units will sell in the coming year, according to a study released by BI Intelligence. 2015 and 2016 sales will also be relatively weak. (Statista)
Tech

Set to come out publicly next year, and projected to go mainstream selling 21 million annually by 2018, the Google Glass is already being tested by selected developers as part of Google’s Explorer Program. The program, that finished inviting developers on May 14, consists of 8,000 participants. Google hopes to receive enough feedback and have cool applications developed before launching publicly next year.

The developers who signed up for the Explorers Program pay $1,500 for the Glasses. On the bright side, however, that high price could come down if it restricts consumer demand.

Based on projections published by BI Intelligence, the research arm of Business Insider, sales will start out slow, but will accelerate sharply in 2016 as the price drops and the appearance is modified to suit everyday lifestyles more as the Glass goes mainstream.

However, according to analysis by IHS, a global economic information service, Google could ship as few as 1 million units through to 2016 if the smart glasses become just another wearable camera device. It all depends if Glass can provide application software that go beyond just seeing people, places, and things. It needs to offer an enhanced experience of reality.

“This information may include live updates for travel, location reviews and recommendations, nutritional information and matching personal preferences, and previous encounters to aid decision making,” said Theo Ahadome, a senior analyst at IHS, in a statement.