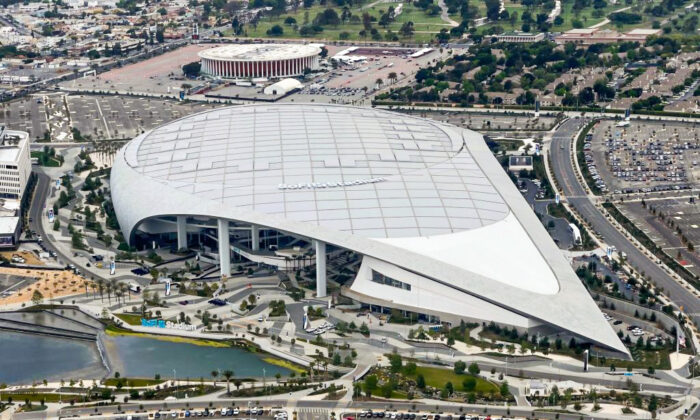 INGLEWOOD, Calif.—A man’s body was pulled from the lake at SoFi Stadium in Inglewood July 6, and an investigation into the man’s death was underway.

Firefighters were sent to the stadium shortly after 6:20 a.m., after receiving a report from security personnel who noticed the man on video hopping a fence on the West Century Boulevard side of the stadium and moving toward the lake, according to Inglewood Mayor James Butts and the Los Angeles County Fire Department.

Divers from the Los Angeles County Sheriff’s Department’s Special Enforcement Bureau were also sent to the scene and searched the waters along with the county’s fire department units.

Butts said the video showed the man swimming toward the center of the lake, and he was last seen above water just before 6:15 a.m.

The man’s body was later discovered at 9:50 a.m, as reported by Inglewood police, Lt. Scott Collins.

According to Butts, the man was 45 years old, but no further details regarding his identity or motive for entering the lake were released.