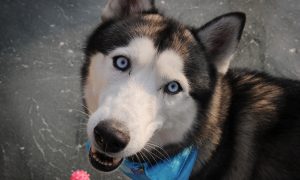 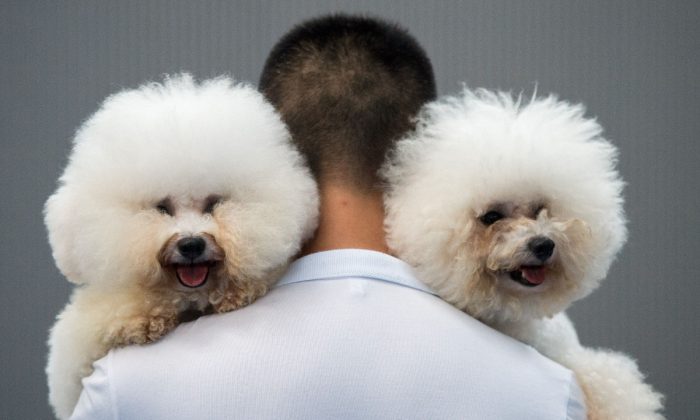 A man was detained after being suspected of allowing his dogs to run off their leash and attack other people and their own dogs, according to Chinese online news outlet KNews.

The two dogs owned by the suspect have been taken to an animal shelter, and the owner’s license to own the dogs has been revoked. Individuals in China are required to have such licenses to own dogs.

The victim, surnamed Xu, along with two other family members and their dogs, suffered injuries from the attack on Aug. 15 in Shanghai. The suspect, surnamed Wang, hid his dogs in a different province after the attack, according to the Aug. 22 report from KNews.

A video shows the elderly Xu walking a small white furred dog out of his housing community, when suddenly he yanks the dog off the ground by the leash. Behind him, a small sized dog leaps at Xu’s dog repeatedly, biting at the rear of Xu’s pet.

The likely ruckus caused by the attack drew attention of all the people nearby, while a security camera recorded their reaction. All the while, the suspect, Wang, dressed in a black shirt and khaki pants, walked briskly over to the scene.

A woman in black runs into view of the camera, carrying the dog that was attacked, while the dog that started the attack chases her and leaps up, biting onto her right arm. Another of Wang’s dogs, which looks like a golden retriever, follows behind, focusing more on the dog carrying out the attack.

After the big dog calms down again, Xu begins to walk away with his two dogs. But once they get a distance from the scene, he puts down the smaller dog. The smaller dog immediately turns and rushes back to the group of people where the initial attack happened. The bigger dog follows behind once more as they charge towards the people.

Xu and his two family members were injured in the attack, along with their own dog. However, the report did not include details about injuries sustained.

After the attack, Wang allegedly hid his dogs in Yangzhou City in the neighboring Jiangsu Province, according to KNews. Police brought the dogs back to Shanghai where they were placed into a shelter, and Wang’s permits for owning the dogs were revoked.

Police charged Wang with intentionally releasing his dogs to attack people, and detained him for an unreported amount of time.