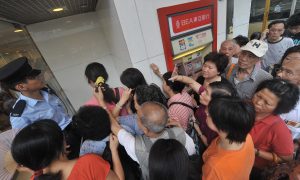 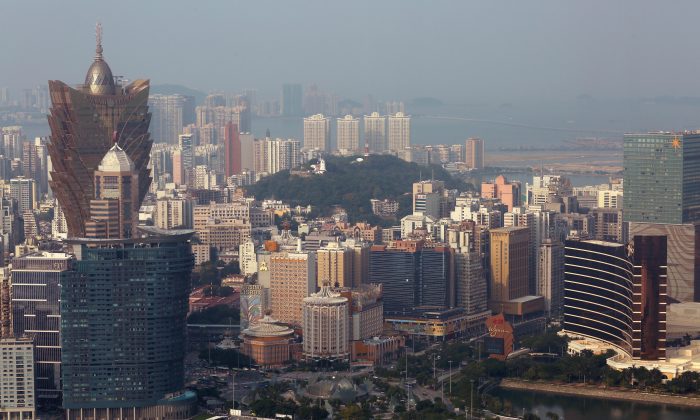 Casinos are seen in a general view of Macau, China on Oct. 8, 2015. (Bobby Yip/Reuters)
China Society

HONG KONG—Police in Macau and mainland China detained 39 suspects in an underground lending case involving more than 30 billion yuan ($4.42 billion), as China steps up measures to reduce economic risks and clamp down on illicit capital outflows.

Macau police and state news agency Xinhua reported on Jan. 22 that a criminal gang had illegally brought credit card point-of-sale terminals from the mainland into Macau’s casinos for gamblers to get cash out.

The bust comes after Chinese leader Xi Jinping announced on Monday that the country must be on guard against “black swan” risks while fending off “grey rhino” events, adding that the economy faces deep and complicated changes.

Xi’s warning and the ensuing crackdown came after data showed the economy posted the slowest growth in 28 years last year, hurt by faltering domestic demand and bruising U.S. tariffs. Illegal point of sale terminals in Macau, a Chinese territory, have been a key method for many mainland Chinese to circumvent cash withdrawal limits of 20,000 yuan ($3,200) a day. They either use that money to gamble or transfer it abroad.

Macau authorities have been cracking down on the scheme over the past year and instructed financial institutions to tackle the illegal use of UnionPay cards to evade exchange controls.

Macau’s gambling industry has revenues of around $3 billion a month.

Through the joint investigation, Beijing and Macau police raided their respective cities as well as Hebei, Hubei and Guangdong. They seized 32 illegal converted point of sale terminals as well bank cards and computers.

Police said the criminal group started operations in 2016, recruiting mainlanders to come to the Chinese special administrative region. The group had opened 5 accounts in a casinos’ VIP room as a source of funds. The statements did not identify which casino or VIP room were involved.