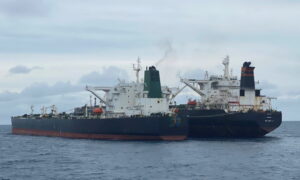 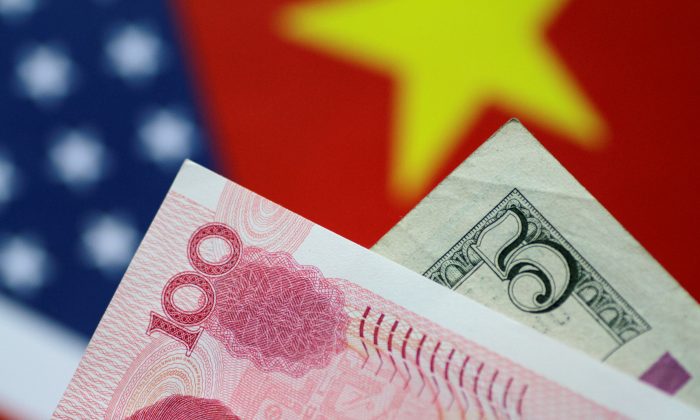 SHANGHAI—China’s latest attempts at restricting outward investment by its residents show just how nervous policymakers in the world’s second largest economy are about possible capital flight spurred by a broadening Sino-U.S. trade war.

Beijing has been gradually easing monetary and fiscal policy this year, as it seeks to steer the economy through a period of slowing domestic growth and declining stock markets against the backdrop of escalating trade tensions with Washington.

While the Chinese central bank has tightened its grip on the currency, which is down about 10 percent since the first salvos in the trade war were fired in March, it has refrained from direct intervention on a large scale to support the yuan, also known as the renminbi.

Unobtrusively, though, China has been moving to rein in currency outflows via the handful of overseas investment channels available to mainland investors.

“The last thing the government wants to see is capital stampeding out of China,” said Tang Xiangbin, a foreign exchange analyst at China Minsheng Banking Corp.

So far the informal instructions, known as “window guidance,” appear to be a precautionary move. There is hardly any sign of the heavy flight of capital seen previously during the 2015-16 market turmoil.

Yet analysts point to a host of factors that explain China’s conservatism.

While there are still heavy restrictions on how much of money Chinese businesses and retail investors can move overseas, Shanghai’s bond and stock markets are more accessible to foreigners since 2015, thanks to Connect schemes that allow two-way flows between mainland exchanges and Hong Kong. Portfolio flows into China have grown and China’s level of external debt is higher.

Meanwhile, the famed trade surplus the export powerhouse ran with the rest of the world has been shrinking.

Victor Shih, an associate professor of political economy at the University of California, San Diego, says currency devaluation could be an attractive option for China to offset the impact of the trade war.

But he warned the tactic had limits, as it “could create a panic on the renminbi which becomes difficult to control.”

While the yuan has weakened this year, it has fared better than currencies of other large emerging markets, such as Brazil and Indonesia, that have been hurt by rising U.S. yields and outflows of risk-seeking portfolio flows.

But Alan Ruskin, Deutsche Bank’s global head of G10 FX strategy, said in a note this week that continued weakness “could exacerbate concerns of a self-fulfilling flight of capital, and a loss of control, unless the pace of decline were slowed.”

U.S. President Donald Trump has announced tariffs on about half of China’s roughly $500 billion of annual exports to the United States in a tit-for-tat trade war, and has threatened to broaden those penalties.

Analysts say the trade spat could lead to heavier pressure on the yuan if China’s trade surplus shrinks and gloomy economic prospects deter multinational investments in the country.

Shih estimates that even a modest 20 percent reduction in exports to the United States could cause the monthly trade surplus to drop by $8 billion to $10 billion, nearly a third of the average. In addition, a reduction in foreign direct investment, which brought $136 billion into China last year, would also reduce forex inflows substantially, he added.

In China’s stock and bond markets, where sentiment is far more fragile, foreign inflows could easily reverse. For example, during the first three trading days this week, foreign investors sold a net $14 billion of mainland stocks under the cross-border Connect scheme, reversing weeks of net purchases.

The most recent data from the State Administration of Foreign Exchange (SAFE) shows that China had total foreign liabilities of $5.3 trillion at the end of the second quarter, of which $1.13 trillion was portfolio investments–equity and debt securities that foreign investors could attempt to offload in the event of market panic.

Broader SAFE data showed China’s total external debt, excluding Hong Kong and Macau, at $1.84 trillion at the end of the first quarter, an increase of $455 billion from the end of 2016.

Although not all of those exposures are at risk of fleeing China’s shores, analysts say they put the size of China’s $3 trillion in foreign exchange reserves into perspective.

“Even the billionaire class faces tight restrictions in terms of where they can invest money,” he said. “However, there are still ways, and it is likely that corruption is returning, which will undermine Chinese capital control measures.”