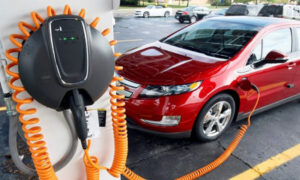 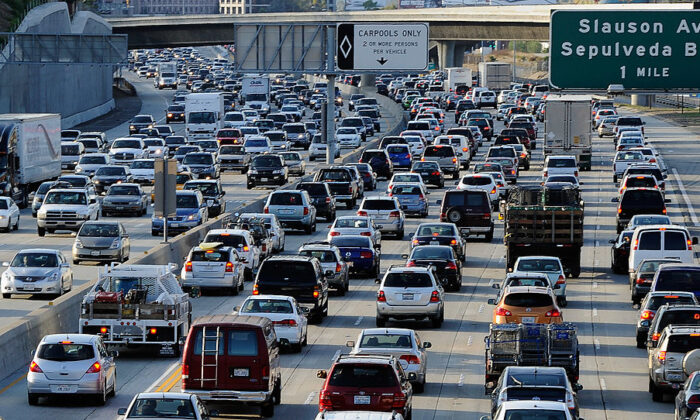 Traffic comes to a standstill on the northbound and the southbound lanes of the Interstate 405 freeway near Los Angeles International Airport in Los Angeles, Calif., on Nov. 23, 2011. (Kevork Djansezian/Getty Images)
Southern California

Los Angeles Has Two of the Worst Traffic Corridors in Nation: Study

LOS ANGELES—Even with a reduction in driving caused by the coronavirus pandemic, Los Angeles had two of the worst traffic corridors in the nation last year and is ranked as the fifth most congested city in the United States, according to an annual study released March 9.

Drivers on the Hollywood (101) Freeway to the Harbor (110) Freeway and the San Diego (405) Freeway to the Glenn Anderson (105) Freeway wasted 19 hours per year at peak hours in congestion, respectively, according to the 2020 Global Traffic Scorecard released by transportation analytics firm Inrix Inc.

During the previous year, the Santa Ana (5) Freeway topped the list at
80 hours of daily delay but dropped completely out of the top 25 of 2020.

“COVID-19 has completely transformed when, where and how people move,” said Bob Pishue, transportation analyst at Inrix. “Government restrictions and the continued spread of the virus led to shifts in travel behavior seemingly overnight. Morning commutes in cities across the world went without delay as people reduced auto and transit travel to offices, schools, shopping centers and other public spaces.”

Los Angeles moved up one slot in the rankings of the most congested urban areas in the country, with the average commuter in the L.A. metro area losing 45 hours per year to congestion, costing an average of $664 per driver in time lost, according to Inrix.

The city ranked the 37th most congested city in the world, the study found.

New York, with 100 hours lost due to congestion, ranked as the most congested city in the United States, followed by Philadelphia (94 hours) and Chicago (86 hours), despite a 28 percent to 40 percent drop in congestion from 2019.

“Although travel to downtowns has been the most affected by the spread of the virus and subsequent government restrictions, the reduction in congestion has resulted in quicker commutes for essential workers, more reliable deliveries and streamlined freight movement, all of which are vital to the economy,” Pishue said. “We expect downtown trips will continue to lag
suburban and rural travel through 2021.”

Drivers in Bogota, Columbia lose 133 hours a year, ranking it as the most congested city in the world.