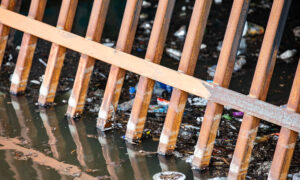 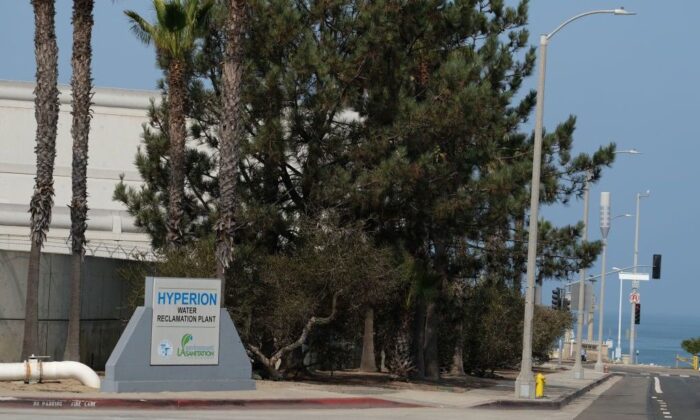 El Segundo Beach and Dockweiler Beach were closed for several days after the spill and reopened on July 15 after bacteria levels in the water reached state standards.

“I am deeply committed to protecting our environment, and I want every Angeleno to feel confident that this city takes its responsibilities as environmental stewards very seriously,” O’Farrell said in a statement.

“It is critical that the city address the incident at Hyperion and fully inform Angelenos about what happened, while developing and implementing an action plan to repair the damage and prevent this from happening in the future.”

Luke Ginger, a water quality scientist with non-profit group Heal the Bay, told The Epoch Times in a previous interview that some beaches in Los Angeles have storm drains that carry trash and other hazardous materials directly into the ocean. In order to stop pollution, Ginger said, the storm drains should be diverted before they reach the ocean.

“This would have the added benefit of providing us with another water source,” Ginger said. “For example, the storm drain runoff captured at the Santa Monica Pier is used to water the plants at parks throughout the city.”

A spokesperson for the Los Angeles County Department of Public Health (LADPH) told The Epoch Times that the 17 million gallons of sewage that was released on July 11 was “quickly diluted into the ocean.”

However, according to Heal The Bay, once the sewage is discharged it travels wherever the ocean currents take it—which could be further out to sea, or it could remain in place for some time.

“These chemical compounds might then get transferred up the food chain as other organisms consume the sewage-eating ones. Particulates like plastic and toilet paper may get ingested by larger organisms in the water or the material might settle into the sediment.”

Heal the Bay said they are “working to put pressure on” the LADPH and Los Angeles Sanitation & Environment (LASAN) to work to ensure more timely public warnings.

The council members’ motion will also instruct LASAN to search for ways the facility can renovate its system in order to recycle 100 percent of the city’s wastewater.

“Since we are already making plans to transform Hyperion to recycle 100 percent of our available purified wastewater via Operation NEXT, we could potentially save significant funding by using the current repairs to actively mitigate our ever-worsening mega-drought,” Koretz said.

On Aug. 10, O’Farrell, along with Councilmember Paul Krekorian, also introduced a resolution that would mitigate “greenwashing,” which occurs when businesses falsely advertise products as environmentally friendly and flushable.

According to a statement by LASAN on Aug. 5, a buildup of debris caused a backup in the plant’s sewage system, triggering a “controlled emergency measure” which resulted in the discharge of untreated sewage into Santa Monica Bay for more than eight hours.

O’Farrell said the city should continue to educate the public about proper waste disposal.

Koretz commended the sanitation workers at Hyperion, saying their “quick thinking saved Hyperion from complete destruction…saving Santa Monica Bay from an even worse and ongoing sewage spill. While we work to make absolutely certain this never happens again, we need to repair with the future in mind.”

LASAN General Manager Barbra Romero said in a statement her department is willing to work with its partners to avoid future occurrences, while also commending her staff for their quick thinking.

“We consider ourselves good neighbors and are committed to providing full transparency regarding this incident,” Romero said in a statement. “We will work with our partners to mitigate future occurrences and continue to be stalwart champions for our environment.”