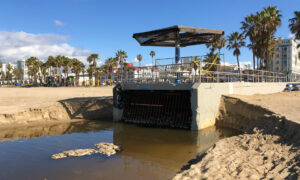 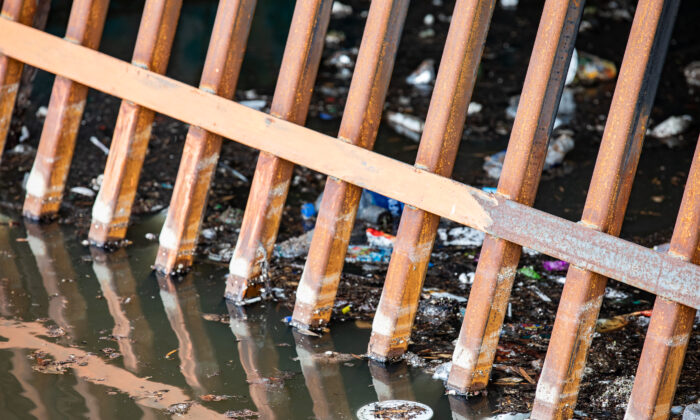 County health officials warned people on Aug. 8 to avoid the waters of Mother’s Beach in Marina Del Rey and the in Santa Monica Pier due to high levels of bacteria.

On July 28, the warning was first issued to several beaches in the area, including beaches in Santa Monica, Will Rogers State Beach and Catalina Island. Warnings were lifted for all beaches except Mother’s Beach and the Santa Monica Pier.

While the cause of the elevated bacteria levels is uncertain, the warning comes after nearly 17 million gallons of raw sewage from the Hyperion Water Reclamation Plant was dumped into Playa Del Rey beach on July 11.

The City of Los Angeles Sanitation & Environment (LASAN) said in a statement on Aug. 5 that debris caused backup in the plant, triggering a “controlled emergency measure” which resulted in the discharge of untreated sewage into Santa Monica Bay for more than eight hours.

After the spill, both the El Segundo and Dockweiler beaches closed for several days and reopened on July 15 after bacteria levels in the water reached state standards.

The Los Angeles County Department of Public Health (LADPH) told the Epoch Times the link between the two events was “unlikely,” since more than two weeks had passed since the spill.

“It is not possible to determine the cause of the elevated levels at Santa Monica Pier and Mothers Beach, but we believe it is highly unlikely that they are associated to the July 11 Hyperion discharge,” a spokesperson for the LADPH said.

The 17 million gallons of sewage that was released on July 11 was quickly diluted into the ocean, the spokesperson said.

“Offshore and shoreline testing did not find higher bacterial levels immediately after the release. Public Health and the State Water Resources Control Board are working with the LA City Hyperion Plant on to ensure that no further untreated sewage is released into the ocean while repairs are being completed at the plant.”

Other Possible Causes of Elevated Bacteria

Luke Ginger, a water quality scientist with non-profit group Heal the Bay, told the Epoch Times that a rain event two weeks ago may have caused elevated bacteria levels.

“After the 17-million-gallon discharge, beaches were being monitored daily, and those samples were showing safe levels of bacteria until that rain event,” Ginger said.

“Also, we have seen bacteria levels decrease since the rain event even while partially treated sewage is discharged out the 5-mile outfall. This suggests to us that the spike in bacteria was due to the rare summer rain.”

Other potential sources of bacteria could be the birds attracted by human activities, Ginger said. The LADPH said the two sites have a history of higher bacterial levels due to activities at the pier and poor water circulation at Mother’s Beach.

In recent years, both Mother’s Beach and the Santa Monica Pier have appeared on Heal the Beach’s annual “Beach Bummer” list in recent years; the Beach Bummer list is an annual compilation of the 10 most polluted beaches in the state.

This year’s Beach Bummer list, which was released June 29 prior to the sewage spill and elevated bacteria levels, included Mother’s Beach. Santa Monica Pier’s beach avoided the Beach Bummer list this year, but appeared on the list in 2017.

Because Mother’s Beach is enclosed, its lack of circulation causes higher levels of pollution, Heal the Bay’s report said. Ginger also said that Santa Monica Bay beaches are dotted with storm drains that flow trash and other hazardous materials directly into the ocean. In order to cull pollution, Ginger said, the storm drains should be cleaned before they reach the ocean.

“This would have the added benefit of providing us with another water source,” Ginger said. “For example, the storm drain runoff captured at the Santa Monica Pier is used to water the plants at parks throughout the city.”