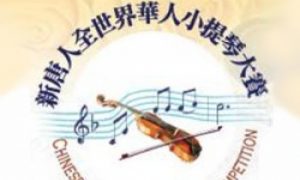 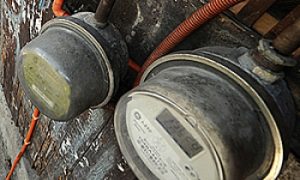 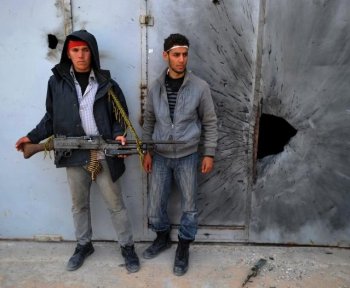 THE NEXT MOVE: Libyan rebels stand close to a building where forces loyal to leader Moammar Gadhafi are suspected to be held up in the Zwabi District of the city of Misrata on April 24. (Christophe Simon/Getty Images )
Africa

Libyan Rebels Look For Way Out

By Joshua Philipp
Print
Armed with outdated, barely functioning weapons, it seems Libyan rebels will be unable to overthrow Col. Gadhafi without additional support—support on top of what they’ve been given by NATO already. While the United States is wary of igniting a third protracted war in the region, the reality of the situation is beginning to sink in on Capitol Hill.

U.S. involvement in the war escalated on April 21 with the use of unmanned aerial vehicles (UAV) to take out targets, while still keeping boots off the ground.

The following day, during a visit to Benghazi, Libya, Sen. John McCain called on the United States to take this a step further. McCain called for “close air-support and precision strike assets—such as A-10s and AC-130s,” as well as giving “command and control support, battlefield intelligence, training, and weapons” to rebels, according to a statement.

Arming the rebels may be a necessary step if they are going to win the war, but doing so carries concern of where the weapons will end up—and what they’ll be used for—when all is said and done.

The United States has a rocky history with this: Weapons given to the Mujahedeen fighting the Soviets are now used by the Taliban; weapons given to Nicaraguan contras in the 1980s wound up being used to kill civilians; and similar cases happened elsewhere.

The take-home lesson for the United States and NATO is that if they do not help Libya have a soft landing into democracy through nation-building efforts—a costly endeavor all coalition countries would rather avoid—then weapons given in good faith could become oppressive tools of yet another regime.

“I think you’ve got to be careful when you start arming people because the enemy of my enemy is not always my friend,” said Drew Berquist, former U.S. intelligence officer, and author of “The Maverick Experiment,” by phone.

Typically, when the United States has armed groups in the past, it was done with “very strategic plans as to who we’re arming, when, and why,” Berquist said.

Because of the way the Libyan rebellion started—taking its lead from Egypt’s Facebook and Twitter revolution—organizations are being formed as they go. And the end goal is now being arranged though The Interim Transitional National Council, steering the country toward elections and writing a constitution.

U.S. and NATO involvement in the conflict, likewise, was a quick decision meant to prevent a humanitarian disaster. “A massacre would have driven thousands of additional refugees across Libya’s borders, putting enormous strains on the peaceful—yet fragile—transitions in Egypt and Tunisia,” President Barack Obama said in a March 28 speech.

“The democratic impulses that are dawning across the region would be eclipsed by the darkest form of dictatorship, as repressive leaders concluded that violence is the best strategy to cling to power,” he said.

According to Berquist, it is still crucial to know who the United States is assisting, as it also ties into the future stability of the country. “Is there any long-term stability or sustainability for keeping those guys in power? Can they run a country or are we just fueling a bigger mess?” he said.

CIA operatives have searched for these answers since the conflict began, and though his visit to Libya, McCain may help push the United States past doubt. From his encounter, McCain stated the rebels “are not al-Qaeda. To the contrary: They are Libyan patriots who want to liberate their nation. We should help them do it.”

Similar information was relayed by NATO Supreme Allied Commander in Europe Adm. James Stavridis on March 29. He said that while there are “flickers in the intelligence of potential al-Qaeda, [and] Hezbollah,” among the rebels, “the leadership that I’m seeing are responsible men and women who are struggling against Col. Gadhafi.”

Where things stand, the United States may soon need to take a firm stance on whether or not it will help the rebels. Giving partial support may not last long, as mission creep will likely pull the United States even further into the conflict—as is already happening.

If the United States and NATO eventually send ground troops into the country, history has shown that things are not always so simple once troops are deployed. “I can see us having good motives, but not being perceived that way on the ground,” said Max Abrahms, a postdoctoral fellow of the Dickey Center for International Understanding at Dartmouth College.

Abrahms noted that it might be difficult to tell whether support for the rebels is being overestimated, and support for Gadhafi’s regime among the local population is being underestimated. Libya is a tribal society, similar to Iraq and Afghanistan, and experience has shown that majorities of certain tribal groups may be opposed to U.S. forces while other tribal groups may be supportive.

“This same sort of thing happened in Iraq. We went in there and thought we would be greeted as liberators, and to an extent that happened, but not as much as we hoped. There was still violence against us,” Abrahms said.

Although the United States has thus far avoided sending in troops, the potential is not being ruled out.

Regarding deploying troops, Obama stated in his March 28 speech that “we went down that road in Iraq” and the “regime change there took eight years, thousands of American and Iraqi lives, and nearly a trillion dollars. That is not something we can afford to repeat in Libya.”

As Wired’s official blogg, Danger Room pointed out, however, “That was exactly what President Clinton promised in Bosnia—right before sending 20,000 U.S. soldiers to enforce the 1995 Balkans peace deal.” A similar case happened in Kosovo, where 12 years after the NATO air war, there are still 5,000 peacekeepers and 700 Americans in the country.