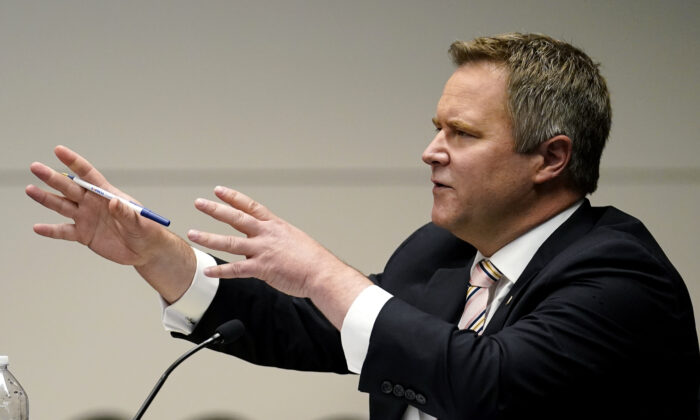 A lawyer representing 17 clients who were allegedly involved in the Jan. 6 Capitol breach released a statement on Sept. 7, saying reports that he went missing are false.

John Pierce, who’s based in California, issued a lengthy statement to The Gateway Pundit saying that he was hospitalized for 12 days and has recovered. Pierce later confirmed to The Epoch Times that he released the statement.

Court filings that were submitted in August by Acting U.S. Attorney Channing D. Phillips state that about 20 cases related to the Jan. 6 incident haven’t proceeded after Pierce failed to appear in court, alleging that he was “reportedly ill” with COVID-19 and on a ventilator. A law firm associate who isn’t a licensed lawyer appeared in Pierce’s place during court hearings and proceedings, according to the filings.

“Unfortunately, it seems that Mr. Pierce may be hospitalized and unable to communicate, and it is unclear when Mr. Pierce will recover,” prosecutors wrote in the filing.

However, Pierce said he was released from a Los Angeles-area hospital on Sept. 5, following a 12-day stay.

“I was not ‘missing’ or anything of the sort. I am greatly appreciative of the many expressions of prayer and support,” he said in a statement. “And I am deeply grateful for the amazing care I received from the doctors, nurses, and staff who cared for me.”

Due to his recovery, Pierce said he won’t partake in a full-time schedule until Sept. 13.

“Next week, I expect to be fully operational,” he said.

It isn’t clear why Pierce was hospitalized. However, he stated that he has “not taken any vaccination for COVID-19, nor do I plan to do so.”

A colleague of Pierce’s, Brody Womack, told Business Insider that the lawyer may have been exhausted and dehydrated due to his continual work for his clients. The reports of Pierce’s absence drew some concern from several of those clients, including alleged Proud Boys member Paul Rae.

Several months ago, Pierce was one of several lawyers who raised the alarm about how dozens of the Jan. 6 defendants were being treated while in a federal jail in Washington, saying that they were being confined 23 hours per day, had a lack of medical care, and had only restricted access to legal counsel.

Pierce told Epoch TV in July that the defendants are being detained by federal judges under the 1984 Bail Reform Act, which authorizes pretrial detention if it’s believed that the individuals are a threat to the community or a flight risk.

“There are about 50, plus or minus, that are being detained, that have been in prison for months and will likely remain in prison for many more months until their day in court,” Pierce said.