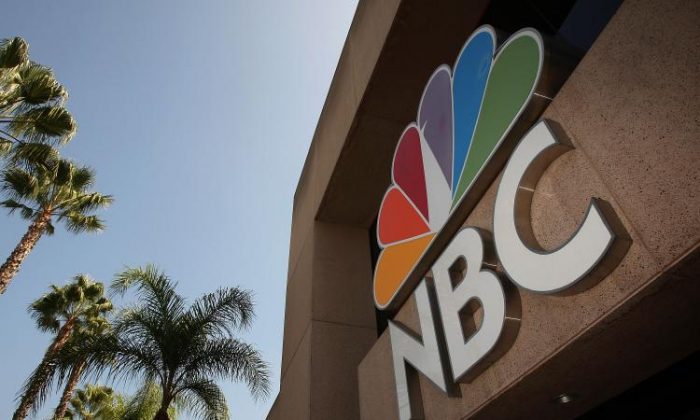 Two Republican U.S. lawmakers want to know if the Chinese Communist Party (CCP) will have influence over NBCUniversal’s coverage of the 2022 Beijing Winter Olympics.

“Given China’s history of censorship and government control, and the fact that the International Olympic Committee (IOC) stands to benefit financially from NBCUniversal’s coverage of the games, we are concerned about the extent of influence the CCP may have over NBCUniversal’s coverage of the games,” Reps. Cathy McMorris Rodgers (R-Wash.) and Robert Latta (R-Ohio) wrote in a Jan. 24 letter (pdf) to NBCUniversal CEO Jeff Shell and the company’s President of Olympics, Gary Zenkel.

The letter was sent amid heightened scrutiny of the Chinese regime’s human rights abuses ahead of the Games, which has prompted the United States and several allies to stage a diplomatic boycott of the event. Meanwhile, many corporations tied to the Olympics have kept silent on the issue of Beijing’s rights violations.

In the letter, the legislators ask the network if the CCP or the International Olympic Committee (IOC) has tried to influence coverage of the games concerning human rights abuses in Xinjiang, and if the company has been prevented from criticizing the Chinese regime in its coverage.

The House members also inquired about what measures NBCUniversal has taken to make sure the company, as well as its suppliers and support services, don’t use forced labor in Xinjiang.

“The CCP is responsible for atrocities against Uyghur Muslims in the Xinjiang province … continues to crack down on the citizens of Hong Kong and silence those who speak out against the party … [and] continues to use its military presence to threaten Taiwan,” the letter states.

“These well-documented facts should startle every American and garner more attention in your corporate boardroom.”

The United Nations estimates that more than 1 million Uyghurs and other Muslim minorities have been detained in internment camps in the Xinjiang region. An independent people’s tribunal, known as the Uyghur Tribunal, ruled last month that the Chinese regime has committed genocide against ethnic Muslims in Xinjiang, through an array of repressive acts that include mass internment, family separation, sterilizations, and forced labor.

In addition to its repression in Xinjiang, the CCP has faced international condemnation over its extensive abuses from its clampdown in Hong Kong to its suppression of faith groups, including Tibetan Buddhists and Falun Gong practitioners.

The lawmakers further asked the company how it would use “its investments in the Games” to expose human rights abuses committed in China.

Last week, NBC assured that its coverage of the Olympics would take into account China’s “geopolitical context,” given the “difficult issues” related to the country, Reuters reported. The statement came in response to pressure from human rights groups and U.S. lawmakers, who demanded that the broadcaster report on human rights abuses in China during the Olympics.

In their letter to NBC, Rodgers and Latta also asked the company if the CCP has the ability to block its broadcast to the United States, and if it has attempted to change its programming content or coverage.

The letter includes key questions to assess the company’s independence and transparency. For instance, NBC is asked to disclose the extent of its investments in China and what connections the company has with the CCP. The letter asks the network to provide written responses and any related documentation to questions about its coverage to the Energy and Commerce Committee by Feb. 7.

Analysts have warned that Western companies that do business with China become “hostages” of the regime, forced to do its bidding, lest they be punished by the CCP and suffer economic backlash. As a result, these firms don’t dare to criticize the CCP, thus sacrificing free-speech and American values in exchange for profit.

On Human Rights Day—Dec. 10, 2021—15 human rights groups gathered outside of an NBC Sports office in San Francisco, urging NBC and other broadcasters not to air the Winter Games.

NBCUniversal didn’t respond by press time to a request for comment by The Epoch Times.