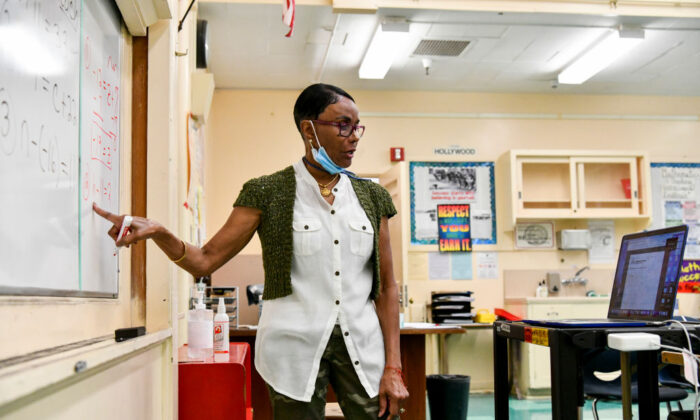 LAUSD Superintendent Alberto Carvalho—who took office in February—said on April 11 he plans to fill the 400 vacant teaching positions by drawing from a pool of about 3,000 administrators, intervention specialists, and other staff working in the district’s office until the end of the school year.

“The adults may feel inconvenienced by this, but it is right for the students,” Carvalho told LA School Report. “If we fail to do it, we are not only witnessing a problem, we are participating in something that is tantamount to educational malpractice.”

This comes after a March report—by Partnership for Los Angeles Schools, a nonprofit focused on improving LA’s school systems—found a total of 10,000 staff vacancies throughout the district after three months into the 2021–22 school year, with each school experiencing 12 vacancies on average.

“With teacher shortages across the state, staffing vacancies have skyrocketed, particularly in schools where the need is greatest,” the report read.

To fill the vacancies, the district has hired 2,336 new teachers this school year, of whom only 26 percent are fully credentialed by the state to teach, according to a March 29 report by the district’s Board of Education.

The remaining 74 percent of new hires who are uncredentialed will earn their credentials through LAUSD’s Intern, Credentialing, and Added Authorization Program (iCAAP).

“The iCAAP District Intern Program is designed to permit an employee to work as a teacher under an Internship Credential while they are earning their preliminary teaching credential,” a spokesperson for the district told The Epoch Times.

To teach in California, individuals must go through a two-tier credential process, first earning a preliminary teaching credential in either a single subject or multiple subjects and then a “clear credential” after all requirements are met.

However, some public school districts, including the LAUSD, hire teachers without credentials through an internship program in which interns can earn their preliminary teaching credentials while gaining field experience.

More than 13,000 teachers have earned their teaching credentials through the district’s internship program since 1984.

Meanwhile, Tracey Schroeder, who has taught in the district for 24 years, told The Epoch Times that many teachers have left or are leaving the district because they have been “maxed out” by stress, and the strict COVID-19 pandemic protocols exacerbated the situation.

“All teachers—both in-person and virtual—have been maxed out in this marathon and are looking around for how to manage the increased strain,” said Schroeder, who is also running for LAUSD Board of Education District 4. “Many are leaving, along with so many students. We need to turn this around.”

Schroeder said she, along with 600 other teachers, has been forced to teach online classes for the City of Angels program instead because of the district’s vaccine mandate barring them from campus.

“Classrooms don’t need analysts. Classrooms need teachers,” she said. “We love our schools, and they love us.”

The district enacted in November a COVID-19 vaccine mandate for all employees and requires staff and students to get tested for COVID-19 weekly.

Since then, the district has fired more than 800 staff members for violating the vaccine mandate; its Board of Education voted to fire another 59 non-compliant employees on April 5.