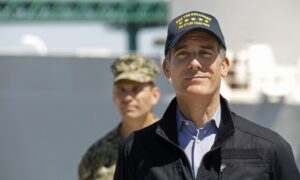 LA Mayor Authorizes Disconnect of Power to House Over Parties
0 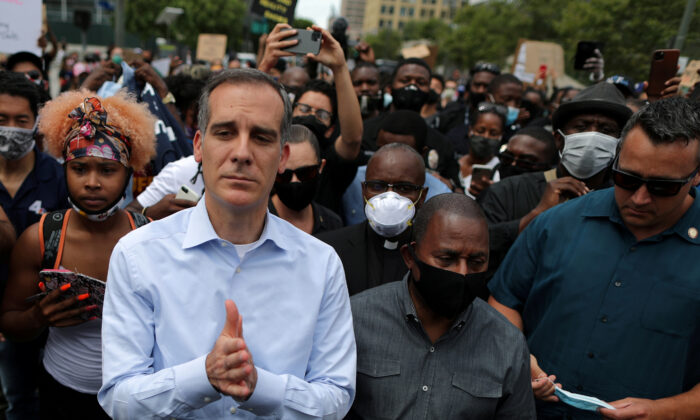 Los Angeles Mayor Eric Garcetti on Sunday defended his recent order to shut off power and water to a house where parties had been held.

Garcetti, who is co-chairing Democratic presidential nominee Joe Biden’s campaign, was asked about the decision after promoting the campaign on CBS’s “Face the Nation.”

“People are listening, they’re far and few between, our numbers are coming down, but where people don’t listen, we’re going to shut them down. That’s critically important,” Garcetti said.

“This is not a time to be spreading this disease, especially younger people,” he continued, adding later: “We’re just not playing here. We are not going to let people take our lives into their hands, so they’re shut down.”

The mayor said many youth stopped holding or attending parties because they saw others “acting irresponsibly.” He claimed that so-called super spreader events, or gatherings where large numbers of people come into close contact with each other, are responsible for a number of cases of COVID-19.

Officials in Los Angeles have taken some of the harshest actions in the nation during the COVID-19 pandemic.

The home in question sits in Hollywood Hills and was the site of multiple parties, officials said, before shutting off water and power to the property last week.

Garcetti at the time said the home “has turned into a nightclub in the hills, hosting large gatherings in flagrant violation of our public health orders.”

The Los Angeles Department of Water and Power, which supplies water and power to over 4 million people, has not responded to inquiries.

A spokesman told the Los Angeles Times last week regarding the house, “We will restore utilities when the order is made to do so.”

Garcetti’s actions have drawn some pushback.

“Let officers deal with the rise in shootings and killings in LA,” the union said. “We need a leader and not a political contortionist.”