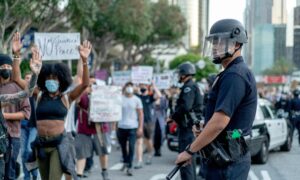 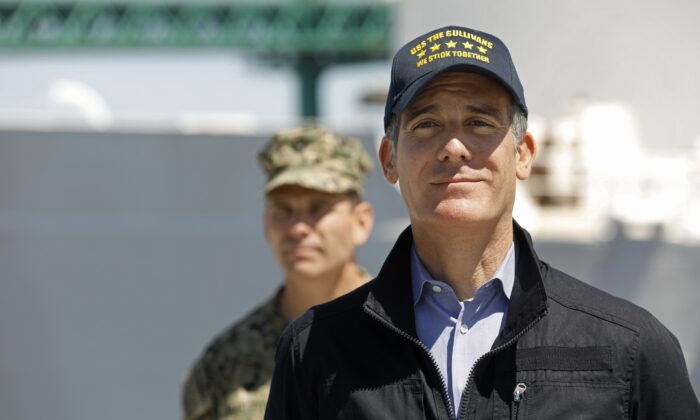 LA Mayor Authorizes Disconnect of Power to House Over Parties

Authorities in Los Angeles shut off power to a house because several parties were held there, Mayor Eric Garcetti said on Wednesday.

“With more than 2,000 Angelenos—and over 170,000 Americans—lost to COVID-19, we need every resident to undertake critical safeguards to stop the spread of this virus. That includes not hosting or attending parties that put themselves, their neighbors, and many others at risk,” the Democrat said in a statement.

“Despite several warnings, this house has turned into a nightclub in the hills, hosting large gatherings in flagrant violation of our public health orders. The city has now disconnected utilities at this home to stop these parties that endanger our community.”

In a separate statement on social media, Garcetti claimed that parties can lead to rapid spread of the CCP (Chinese Communist Party) virus, which causes the COVID-19 disease.

The mayor in early August announced he would order water and power cut from properties where parties were taking place, claiming the city attorney established he had proper authority to do so.

“While we have already closed all nightclubs and bars, these large house parties have essentially become nightclubs in the Hills,” Garcetti told reporters at the time.

The order did not target “small and ordinary gatherings,” he said.

The order appeared to directly conflict with the Los Angeles Department of Water and Power stating in March that it wouldn’t disconnect water and power service during the COVID-19 pandemic.

Requests for comment sent to the agency have gone unanswered.

Police officers visited the home in question on Aug. 8 and posted warnings, letting people know that violations of the mayor’s order are subject to penalties, the mayor’s office said.

Another party was held on Aug. 14, prompting officers to again visit the house.

According to the Los Angeles Times, the home that’s being targeted is on Appian Way.

Several parties were held at the house, which several people live in, including TikTok influencer Bryce Hall.

Some other social media influencers have criticized Hall and his friends for holding parties.

Tagging four people in a tweet, YouTuber Tyler Oakley wrote on Sunday that anyone who has been partying with large groups should “please consider social distancing, mask wearing, & using your huge platforms to encourage responsibility during a worldwide pandemic.”

Elijah Daniel, another YouTuber, wrote on Twitter this week that he spoke to Garcetti’s office and warned the people who live at the house in question that the power and water would be shut off after Tuesday.

Los Angeles Police Chief Michel Moore told the Police Commission this week that police officials agree with other authorities that parties shouldn’t be taking place during the pandemic, the LA Times reported. Authorities will take action against those who show “blatant disregard,” he said.

His remarks came after the Los Angeles Police Protective League, a police union, issued a statement saying Garcetti should send civilian staff, not police officers, to turn off people’s utilities.

“Let officers deal with the rise in shootings and killings in LA,” the union said. “We need a leader and not a political contortionist.”