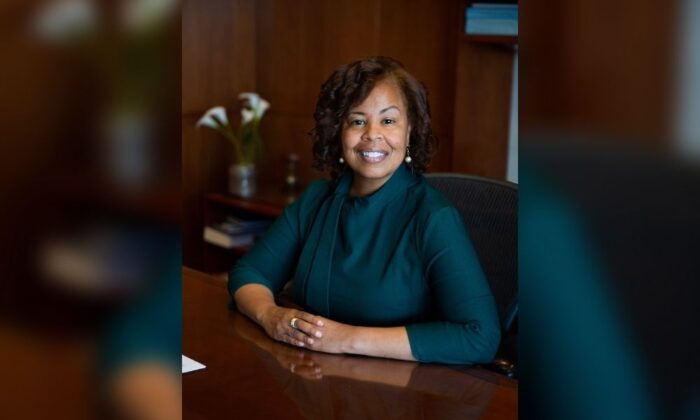 County CEO Fesia Davenport will present the budget on April 19 to the county’s Board of Supervisors.

This budget “means continuing to respond vigilantly to an evolving pandemic, while also ramping up to launch new departments focused on key populations and driving major changes in how we deliver services,” Davenport said in a statement. “It’s a dynamic time for Los Angeles County, and this recommended spending plan is intended to reflect that.”

According to Davenport, the county expects to receive nearly a quarter—or about $8.5 billion—from the state and 15 percent, or $5.8 billion, from the federal government.

The county, she said, will fund $8.1 billion for the budget from charges for services, $8.3 billion from property taxes, and $7 billion from other revenues.

That $500,000, according to Davenport, will go into expanding mental health support initiatives and developing more housing alternatives under programs such as Project Homekey—an initiative in which the county buys hotel buildings and turns them into temporary housing.

“We know that no single program or intervention can solve this problem, but each makes a difference and collectively they make a bigger difference as we build on the county’s long-standing commitment to turn the tide on this crisis,” Davenport said.

The CEO also noted that the homeless budget is expected to grow based on other board recommendations and American Rescue Plan funding, which is expected to arrive next month.

Last year, LA County received $1.9 billion from the American Rescue Plan, which are federal dollars initiated to offset the economic impacts of the COVID-19 pandemic.

The Sherriff’s Department will receive $3.6 billion under the proposed budget, according to Davenport—about the same as the current fiscal year. The proposal includes $12.3 million to expand the sheriff’s academy for deputies.

The budget also proposes $100 million for alternatives to incarceration in support of the county’s “Care First, Jails Last” program.

Another $15.3 million will go to closing the Men’s Central Jail, located in downtown Los Angeles, which the board voted to close last year after reports of mismanagement and poor conditions.

This “must be some kind of record, at least in modern county times,” Davenport said.

Davenport said the county is “cautiously optimistic” about economic growth, and that the budget projects an increase in both property and sales tax revenues, by 6 percent and 8 percent, respectively.

However, Davenport also warned that the county still faces the challenges of inflation, rising gas prices, labor negotiations, and the looming possibility of another lockdown due to COVID-19 subvariants.

Next month, the budget will undergo public hearings, followed by further budget deliberations by the Board of Supervisors in June, and then, finally, for adoption in October.