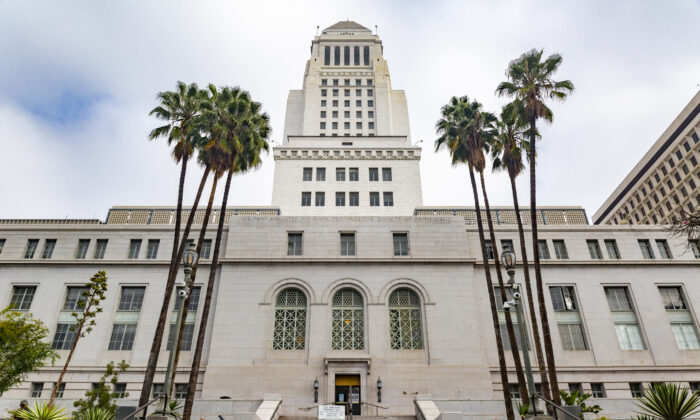 The council on Nov. 9 approved most amendments made by the newly formed Ad Hoc Redistricting Committee, which first met on Nov. 5.

The original citizen-led redistricting commission submitted its proposed map to the council in October after spending nearly a year listening to 15,000 public and written testimonies from Angelenos.

The commission’s recommended map reshaped several key districts in the city, including Paul Krekorian’s District 2 and Raman’s District 4, and proposed an entirely new district for the west San Fernando Valley, which Krekorian or Raman would oversee, but left that final decision up to the city council.

Unhappy with the proposed map, however, Martinez introduced a motion to create the new Ad Hoc Redistricting committee on Oct. 26.

Raman and Krekorian seconded Martinez’s motion to create an Ad Hoc Redistricting Commission, arguing that the map’s redrawing of their districts was unfair to their current constituents who voted them into office.

The map designated districts 2 and 4, allowing Raman’s district 4 to keep Los Feliz, Hollywood Hills, and Sherman Oaks, while North Hollywood and Valley Village would remain in Koretz’s district 5. It also unified Koreatown into one council district.

The Ad Hoc Committee kept intact districts 8, 9, 10, 11, and 15 from the commission’s proposed map, and adopted proposals for districts 2, 6, 7, and 12 by the Labor Council for Latin American Advancement.

Districts 3, 4, and 5 bore the most changes, with Blumenfield’s District 3 gaining Canoga Park and Winnetka, and Raman’s District 4 losing Hancock Park, Miracle Mile, Park La Brea, and part of Mid-City, instead of stretching her district to Reseda.

Raman and Councilman Marqueece Harris-Dawson were the two dissenting voices who voted against the hybrid map.

Raman argued that her district loses 42 percent of its constituents, more than double the amount of any other district.

“In the hybrid map, our district continues to be the most impacted of any of the districts,” Raman said. “[District 4] loses 42 percent. The nearest district is 18 percent, almost every other district loses less than 10 percent of their current constituents and largely remains in their existing borders,” Raman said.

Harris-Dawson, meanwhile, tried and failed to introduce an amendment that would have moved Exposition Park, an area that contains institutions such as the California African American Museum, into his district, arguing that his district held the largest concentration of black residents in the city.

Many residents who called in during public comment on Nov. 5 and Nov. 9 expressed their support of the hybrid map, which largely keeps their neighborhoods together in the same district.

“I just want to call to your attention how many people are for your map when you’re keeping their districts whole and intact,” Studio City resident Adele Slaughter said during public comment. “And we really want to keep Studio City as one whole unit. We are a community of people. … You’re splitting our school districts, and you’re splitting the venture business away from the business corridor. … You are also giving [Studio City] 20,000 more residents than [District 2].”

Reseda resident Michelle Gallagher said the Ad Hoc Committee’s changes to the map were “needed” in her neighborhood.

“We needed this little tweak,” Gallagher said. “Reseda was split along a very bad place and this amendment will really fix it … and be very good for Reseda.”

Redistricting occurs every ten years based on census population and demographic data.

This year was the first time in the city’s history that the map has been drawn “in full view of the public,” according to Fred Ali, who served as the redistricting committee’s chair.

“It wasn’t our job to protect elected officials, their jobs, or their political futures,” he said in an Oct. 22 statement. “We hope the Council conducts its deliberations with the same amount of transparency and commitment to equity that this Commission did.”

The commission’s final report recommended that the next time district maps are drawn, in 2031, the process should be handled by an independent body entirely removed from the city council.

A spokesperson for the redistricting commission declined to comment on the new hybrid map, however, saying the commission had officially completed its work.

After the map undergoes two state-required hearings on Nov. 10 and Nov. 23, the council will adopt a final map by Dec. 1.