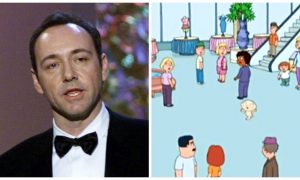 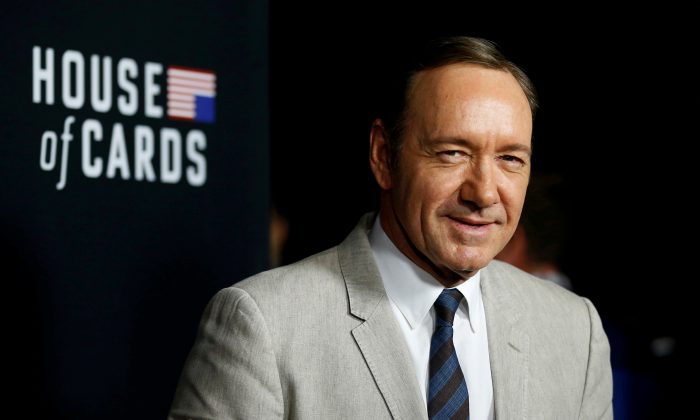 Cast member Kevin Spacey poses at the premiere for the second season of the television series "House of Cards" at the Directors Guild of America in Los Angeles, Calif. on Feb. 13, 2014. (Mario Anzuoni/File Photo/Reuters)
Entertainment News

A sexual assault case against actor Kevin Spacey was dropped on Oct. 29 after the accuser suddenly died last month.

The Los Angeles County District Attorney’s office said it was declining the case that was filed against Spacey by a masseur who treated Spacey at the actor’s house in Malibu in 2016.

The therapist was never identified and was named as John Doe.

“The sexual assault allegations cannot be proved without participation of the victim. Thus, the case was declined,” according to charging documents obtained by the Los Angeles Times.

While the criminal case was dropped, Spacey could still be held liable if the civil case brought against him moves forward. The status of that case is unclear.

The district attorney’s office also declined last year to file charges against the actor after a man accused him of an incident in West Hollywood, the paper reported.

Prosecutors in Massachusetts dropped another case against Spacey over the summer after the 18-year-old man who accused the actor of groping him at a bar in 2016 declined to testify.

Spacey has been accused of sexual misconduct by at least 15 men and the Old Vic theater in London, where he served as the artistic director, has said 20 allegations of inappropriate behavior were made against the actor. It said it told 14 of the people to go to the police.

The London Metropolitan Police are probing six accusations of sexual crimes and questioned Spacey in May, according to Variety.

“In May 2019, a man was voluntarily interviewed under caution in America, by officers from the Met’s Complex Case Team,” the police said in a statement. “He was not arrested. Inquiries are ongoing.”

“Under caution” means the accused was informed of his rights.

Actor Anthony Rapp has said that Spacey tried to molest him when he was 14 years old in 1986. Spacey later apologized for that incident.

After Rapp made the accusation in 2017, Netflix announced the sixth season for “House of Cards” would be the last. When two more people emerged with allegations against Spacey, Netflix suspended the show’s production “until further notice.”

Spacey was also replaced in the movie “All the Money in the World.”