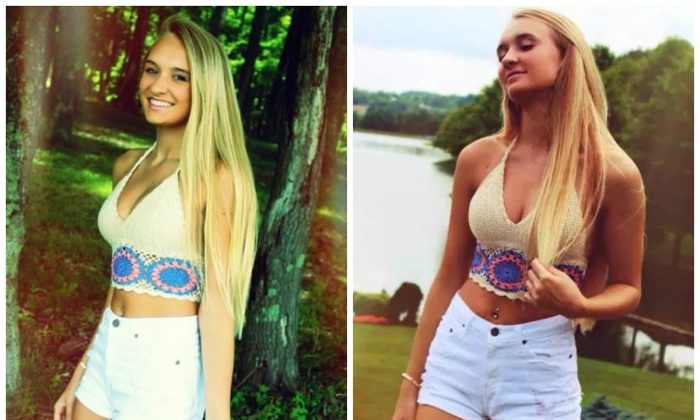 One of the daughters of a West Virginia coal executive was confirmed as one of the victims of a helicopter crash in the Bahamas that also took her father’s life.

Chris Cline, a billionaire executive and philanthropist who donated to President Donald Trump, was one of seven Americans killed in the July 4 crash.

Family members later confirmed that Kameron Kline died in the crash. The 22-year-old had recently graduated from Louisiana State University.

“We are all so deeply saddened to announce the deaths of our beloved father Chris and our sister Kameron. This loss will be felt by all those who had the privilege of having known them,” family members said in a statement sent to news outlets.

“This loss will be felt by all those who had the privilege of having known them.”

The family said Chris Cline “was one of West Virginia’s strongest sons, an American original, full of grit, integrity, intelligence, and humor.”

“Our sister, Kameron was a bright light to all who knew her, loving, smart, compassionate, and full of joy and enthusiasm for life and other people,” the family added.

The president also reacted to the news, along with other political leaders including West Virginia Gov. Jim Justice.

“My deepest sympathies go out to the family and friends of great businessman and energy expert Chris Cline, his wonderful daughter, Kameron, and their friends, on the tragic accident which took place in the Bahamas. The great people of West Virginia will never forget them!” President Trump wrote on Twitter late Friday.

My deepest sympathies go out to the family and friends of great businessman and energy expert Chris Cline, his wonderful daughter, Kameron, and their friends, on the tragic accident which took place in the Bahamas. The great people of West Virginia will never forget them!

Today we lost a WV superstar and I lost a very close friend. Our families go back to the beginning of the Cline empire – Pioneer Fuel. Chris Cline built an empire and on every occasion was always there to give. What a wonderful, loving, and giving man.

According to Bloomberg, Chris Cline started working at a coal mine when he was 22 and eventually owned a company, Foresight Energy LP, that was at one point worth more than $2.6 billion.

“He was a young man,” said Brian Glasser, an attorney who represented Cline. “He was audacious. He was a great man, and he will be missed.”

Kameron enjoyed spending time at the beach, filling her Facebook page with pictures of herself on the sand, and wakeboarding.

Other victims were named as Brittney Searson, Delaney Wykle, and David Jude.

Searson was a close friend of Kameron Kline’s who attended the same university, reported the Palm Beach Post. The pair were “inseparable” and “just terrific,” a social studies teacher at the Benjamin School, where the girls went to school earlier in life, said in a statement. Searson’s mother Kimberly Searson said her daughter was Kameron’s roommate.

Profiles for Delaney Wykle on Facebook and Twitter said that she was a student at West Virginia University. Wykle’s father Paul Wykle told the Post that she had graduated from the university with a nursing degree and had “passed her boards” just two days before she died.

Jude was a corporate pilot for Chris Cline that was described as his “right hand guy.”

“David met Chris through racing cars in the mid-90s, and their adventures together were unique and novel-worthy. Besides being a pilot for more than 15 years for the Cline family, he was a project manager and loyal confidant. It could be said that he was the glue that held everything together, both business and personal,” Jude’s family said in a statement.

The two other people who died were identified as an unnamed mechanic and Jillian Clark, another recent graduate of Louisiana State University.

Mount Carmel volleyball coach April Hagadone said Clark was “a beautiful girl in the inside and out.”

“It’s just devastating for the Mount Carmel community, her friends, and her family,” Hagadone said. “Everyone is still in shock.”