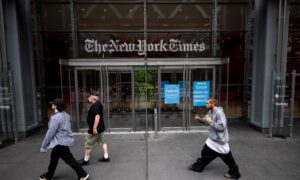 The U.S. Justice Department on Monday, Feb. 15 announced its plan to improve coordination and dialogue with tribal nations as part of President Obama’s Memorandum on Tribal Consultation.

The document, which the president signed on Nov. 5, 2009, gave all federal agencies 90 days to submit a plan in response to President Clinton’s executive order on Consultation and Coordination of Tribal Governments. The Justice Department submitted its proposal to the Office of Management and Budget on Jan. 27, 2010.

Much of the Justice Department’s plan was shaped by information gathered from a Tribal Nations Listening Session it organized in late Oct. 2009, as well as from an annual tribal consultation on violence against women, written comments submitted by tribal governments and groups, and exchanges with the Office of Tribal Justice. The Justice Department says that they will take steps to develop a comprehensive policy with tribal nations following further discussions with various tribal groups.

In addition, the department aims to expand the role of the Office of Tribal Justice, create a Tribal Nations Leadership Council, mandate annual meetings with tribal leadership to discuss funding priorities, and create a federal-tribal task force to develop strategies for prosecuting offenders of crimes against women.

This plan came a month after Attorney General Eric Holder vowed to reform the department in an effort to improve safety on tribal land. He stated that the Justice Department will appropriate an additional $6 million for Indian Country prosecution efforts.