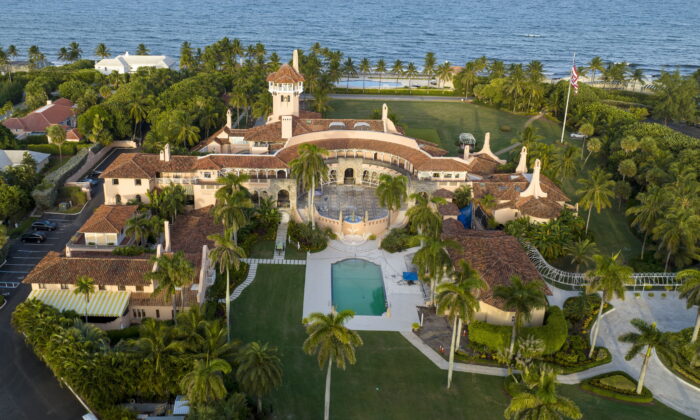 Officials have claimed that an affidavit that convinced U.S. Magistrate Judge Bruce Reinhart to approve the warrant needs extensive redactions to protect FBI agents and witnesses, as well as the ongoing investigation into Trump.

The redactions would leave “very little—nothing of substance,” Jay Bratt, chief of the Department of Justice’s Counterintelligence and Export Control Section, told Reinhart during a recent hearing.

The government has met its burden of showing that its interests outweigh public access to unsealing the entire affidavit, Reinhart said in the new ruling. But the government hasn’t yet sufficiently shown that portions of the document shouldn’t be made public.

“I cannot say at this point that partial redactions will be so extensive that they will result in a meaningless disclosure, but I may ultimately reach that conclusion after hearing further from the government,” he said.

“Given the intense public and historical interest in an unprecedented search of a former president’s residence, the government has not yet shown that these administrative concerns are sufficient to justify sealing. I therefore reject the government’s argument that the present record justifies keeping the entire affidavit under seal.”

Reinhart ordered the government to file additional evidence supporting keeping the entire document under seal along with proposed redactions to the affidavit, which is a document authored by an FBI agent that outlines why the government believes it needs a warrant. The warrant was served on Aug. 8 at Mar-a-Lago in Palm Beach, Florida.

Reinhart will review the proposed redactions. He’ll either reject them while giving the government a chance to appeal to a higher court or agree with them and release the redacted document.

The public has a right to view judicial proceedings and records, based on the U.S. Constitution’s First Amendment and common law. But that right isn’t absolute. In some cases, a party may be able to show that other interests outweigh the public interest. The government and other parties agreed on the release of the warrant itself and some other material but have diverged on the affidavit.

U.S. Department of Justice (DOJ) lawyers have said that the government’s investigation and the consequences for individuals who were cited in the affidavit outweigh any public right of access.

On the other side, nonprofits and media outlets say factors such as the immense public interest in the case and the details that have been leaked to outlets support making the affidavit public, even if some parts of it are redacted.

Lawyers for Trump haven’t formally asked the judge to release the affidavit. The former president and his counsel have said in public statements that the document should be released with no redactions.

The judge appeared to align with the government on worries that releasing the affidavit would help identify agents and others involved in the case.

Reinhart said he gives “great weight” to the “significant likelihood that unsealing the affidavit would harm legitimate privacy interests by directly disclosing the identity of the affiant as well as providing evidence that could be used to identify witnesses,” which could then lead to the investigation being impeded through witness intimidation.

He also said he agreed with DOJ officials that the affidavit discloses the sources and methods that are being used in the investigation and that the law requires the information to be shielded from the public.

Reinhart also said he was considering how the affidavit discusses details of Mar-a-Lago, a location protected by U.S. Secret Service agents because a former president resides there.

All three factors weigh in favor of keeping the affidavit sealed, the judge said.

The only other factor Reinhart cited as having “great weight” was how the warrant is of significant concern to the public.

“Certainly, unsealing the affidavit would promote public understanding of historically significant events. This factor weighs in favor of disclosure,” the judge said.

Reinhart also took on the argument that because many alleged details of the raid have been reported by media outlets, the affidavit should be unsealed.

“No one disputes that there has been much public discourse about this warrant and the related investigation. Nevertheless, much of the information being discussed is based on anonymous sources, speculation, or hearsay; the government has not confirmed its accuracy,” he said, noting later that the arguments “ignore” how the affidavit goes over the government’s sources and methods.

Reinhart said he remains confident that the information in the affidavit is reliable, so releasing it wouldn’t “cause false information to be disseminated” and that no evidence has emerged so far to indicate the nonprofits and media outlets seeking the records are doing so “for any illegitimate purpose.”