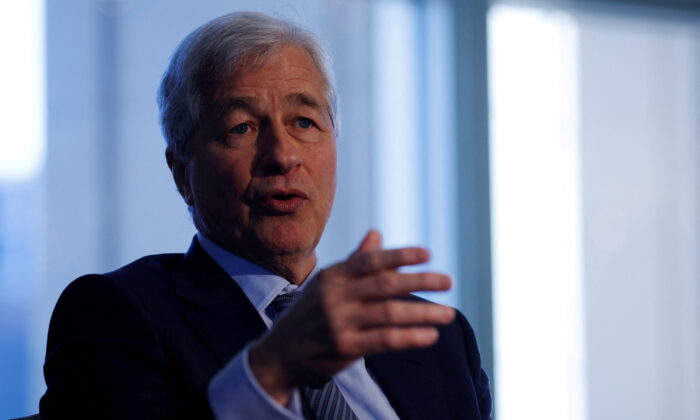 JPMorgan’s Jamie Dimon Warns of ‘Something Worse’ Than Hard Recession

JPMorgan CEO Jamie Dimon has predicted the likelihood of a downturn in the U.S economy and warned that “something worse” than a hard recession could be on the horizon.

Dimon gave the estimations regarding the probability of a recession in a call with clients last week, according to a Yahoo Finance report published Saturday.

The investment bank CEO noted that the economy is “strong” and “consumers’ balance sheets are in good shape,” as are businesses. However, he warned that there are “storm clouds” on the horizon, including rising oil prices and higher interest rates.

He then broke down the odds of a soft or hard recession.

Dimon warned in July that geopolitical tension, soaring inflation, waning consumer confidence, and uncertainty about how much the Federal Reserve’s policy rate will be increased, combined with Russia’s invasion of Ukraine, would likely have negative consequences on the global economy sometime in the future.

In June, he said that an economic “hurricane” was on the horizon.

‘Everyone Thinks the Fed Can Handle This’

“Right now, it’s kind of sunny, things are doing fine. Everyone thinks the Fed can handle this. That hurricane is right out there, down the road, coming our way. We just don’t know if it’s a minor one or Superstorm Sandy,” he said at a banking conference.

His latest forecast comes after July’s Consumer Price Index (CPI) report showed U.S. annual inflation declined in July from 9.1 percent in June. According to the Bureau of Labor Statistics, the CPI showed that inflation was at 8.5 percent last month.

Meanwhile, the month-over-month CPI inflation figure came in at 0 percent, meaning the overall pace of price growth stayed flat between June and July. That data prompted a victory lap from the White House, with President Joe Biden declaring that the U.S. economy had “zero percent” inflation.

However, while annual inflation appeared to have slowed down from the month prior, the cost of food purchased in grocery stores for consumption at home soared by 13.1 percent annually. Similarly, the cost of shelter also rose both annually and monthly, climbing 5.7 percent over the year and 0.6 percent over the month.

“The numbers are so distorted when you have this fiscal and monetary stimulus,” Dimon told clients last week. “Have you seen a recession where unemployment is going down? [Inflation] is around 8 percent. I don’t see it will dissipate that quickly.”