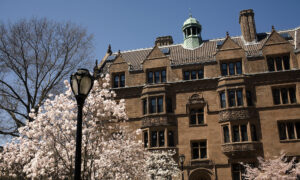 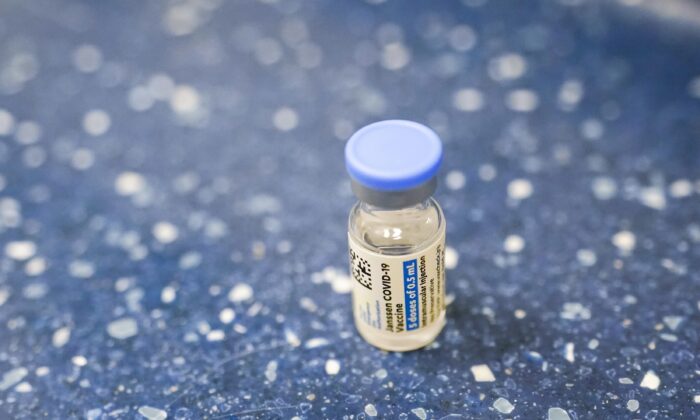 A vial with the Johnson & Johnson's one-dose COVID-19 vaccine is seen at the Vaxmobile, at the Uniondale Hempstead Senior Center, in Uniondale, N.Y., on March 31, 2021. (Mary Altaffer/AP Photo)
Vaccines & Safety

Johnson & Johnson beat expectations for quarterly earnings and raised its dividend payouts to shareholders on Tuesday, while reporting $100 million in sales of its COVID-19 vaccine, whose use was paused by U.S. regulators last week.

The company, which has previously said the vaccine will be available on a not-for-profit basis until the end of the pandemic, also tightened its forecast for adjusted profit this year, suggesting it was largely performing as previously expected.

Use of the company’s vaccine was temporarily halted by U.S. regulators as they investigate reports of blood clots in six women, prompting a similar pause in South Africa and leading to a delay in rollout in Europe.

The United States is also reviewing a handful of potential cases of severe side effects in addition to those that led to the pause.

J&J is aiming to deliver 100 million doses of the vaccine to the United States before the end of May, of which more than 17 million have already been distributed as of Monday.

“While we expect many questions on its COVID-19 vaccine, this should not overshadow the strong recovery for J&J,” Citi analyst Joanne Wuensch wrote in a note to clients.

Sales of cancer drug Darzalex rose 45.7 percent to $1.37 billion and sales of Stelara, a treatment for Crohn’s disease and plaque psoriasis, rose about 18 percent to $2.15 billion.

Excluding items, the company earned $2.59 per share, beating analysts’ estimates of $2.34 per share, according to IBES data from Refinitiv.