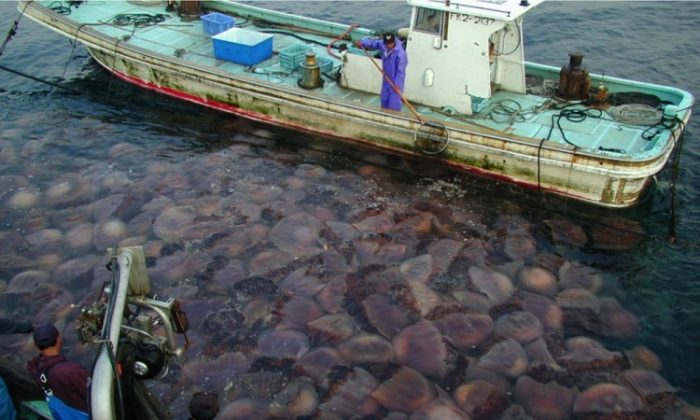 Contrary to popular belief, the apparent increase in blooms of jellyfish around the world may simply be a natural rise and fall in populations over the decades.

Increasing numbers have been observed over the last two decades, but the previous boom in the 1970s was not noticed for various reasons, such as limited research, and less information sharing without the Internet.

Jellyfish numbers have increased in some places, for example in Japan and the Mediterranean, but population sizes elsewhere have fluctuated, stayed stable or decreased with time.

“Sustained monitoring is now required over the next decade to shed light with statistical confidence whether the weak increasing linear trend in jellyfish populations after 1970 is an actual shift in the baseline or part of a larger oscillation,” said study co-author Cathy Lucas at the U.K.’s University of Southampton in a press release.

With this baseline data in place, future analyses will reveal whether jellyfish populations are actually growing.

“There are major consequences for getting the answer correct for tourism, fisheries, and management decisions as they relate to climate change and changing ocean environments,” Lucas concluded.

The findings were published in Proceedings of the National Academy of Science on Dec.