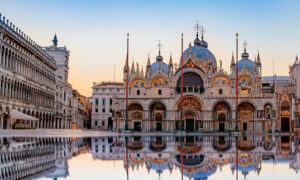 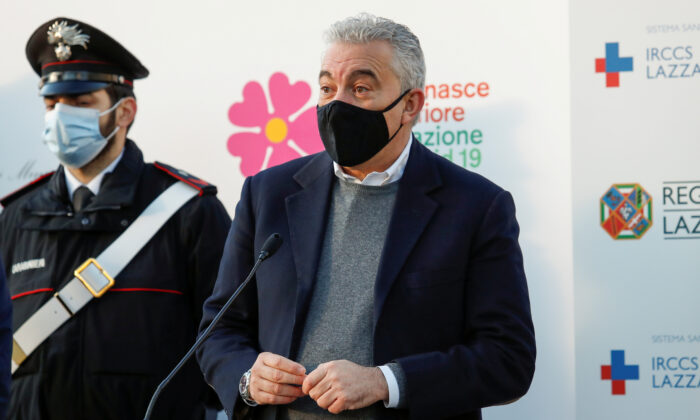 Special Commissioner for the COVID emergency Domenico Arcuri speaks during a news conference as the country begins vaccinations against the coronavirus disease (COVID-19), at the Spallanzani hospital in Rome, Italy, Dec. 27, 2020. (Remo Casilli/File Photo/REUTERS)
Europe

ROME—Prime Minister Mario Draghi on March 1 fired Italy’s special COVID-19 commissioner Domenico Arcuri and replaced him with an army logistics expert, in a signal the government wanted to speed up vaccinations.

The move followed growing complaints about Arcuri’s handling of the crisis and concern that the anti-COVID vaccine campaign was moving forward too slowly.

It’s one of Draghi’s first major decisions since becoming premier in February and follows his firing last week of the chief of the civil protection agency. That step was also seen as an attempt to improve Italy’s response to the COVID crisis.

The new coronavirus commissioner is General Francesco Paolo Figliuolo, a former commander of NATO forces in Kosovo and head of army logistics since 2018.

Draghi told parliament in February that he wanted to involve the military in the nationwide vaccine roll-out plan.

Italy launched its inoculation campaign at the end of December and has so far administered 4.3 million vaccines, including second shots.

In all, it has received 6.3 million vaccine doses from manufacturers, but supply delays, which have also affected other European Union states, have hampered efforts.

The country is due to receive millions of more doses this month, but critics have said there’s no coherent plan in place to allow for the sort of massive vaccination programs that Britain and Israel instigated.

Draghi said in February that there was a growing case for Italy to follow the British example of making it a priority to give first shots to as many people as possible.

At present, many EU countries, including Italy, are following drugmaker recommendations to give people two separate vaccinations and are holding back doses as a result.

He has come under pressure in recent months after a judicial investigation alleged that one of his longtime acquaintances had received 12 million euros from a Chinese consortium after it won a major contract from the commissioner’s office.

In its statement on March 1, Draghi’s office thanked Arcuri for his “commitment and dedication … in a moment of particular emergency for the country.”