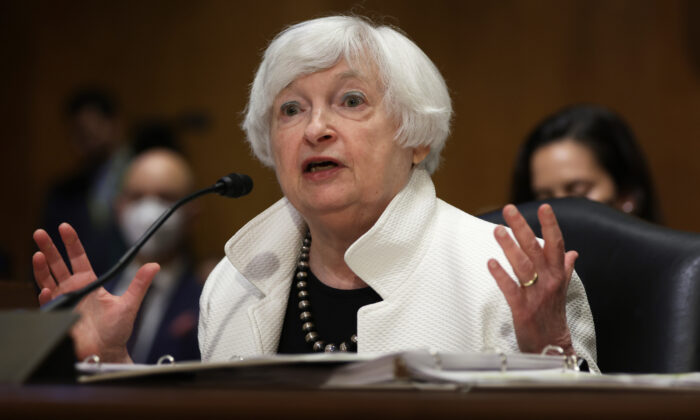 WASHINGTON—Treasury Secretary Janet Yellen on Tuesday urged Congress to approve $80 billion in funding for the Internal Revenue Service to help the agency reduce a huge backlog of tax returns and allow it to go after $600 billion in unpaid tax bills.

“The IRS is under siege. It is suffering from huge underinvestment,” Yellen told a Senate Finance Committee hearing on Treasury’s budget request for fiscal 2023.

Yellen said the agency was dealing with massive problems, including a “huge backlog” in working through tax returns, and lacked the personnel needed to carry out complicated audits of higher-earning taxpayers.

As of May 27, the IRS had 10.2 million unprocessed individual returns, including 8.2 million paper returns waiting to be reviewed and processed, according to IRS.gov.

Approving Treasury’s budget request for $80 billion over 10 years, Yellen said, would allow the IRS “to be able to … make sure that people are paying the taxes that are due.”