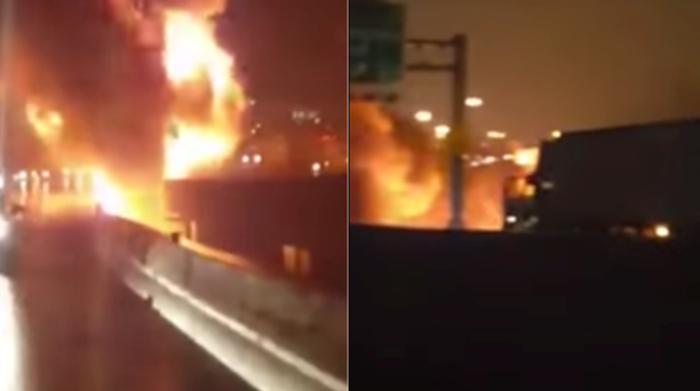 At least two were killed and 23 were hurt in a multi-vehicle pileup on Interstate 95 near Baltimore on Saturday, ABC2 reported.

Saturday’s pileup involved a tanker carrying gasoline that skidded off a highway and exploded. Two people died and nearly two dozen people were injured. It was unclear whether the pileup started before the tanker crash or was caused by it. It was also not immediately clear whether the crash involving the gas tanker was caused by slick roads.

Officials have not released the names of the two people killed in the crash.

A video captured the fiery accident. “This is a disaster. A disaster, Lord. I’m about to cry,” a man says as he recorded the flames, adding that trucks were “going right into the fire.”