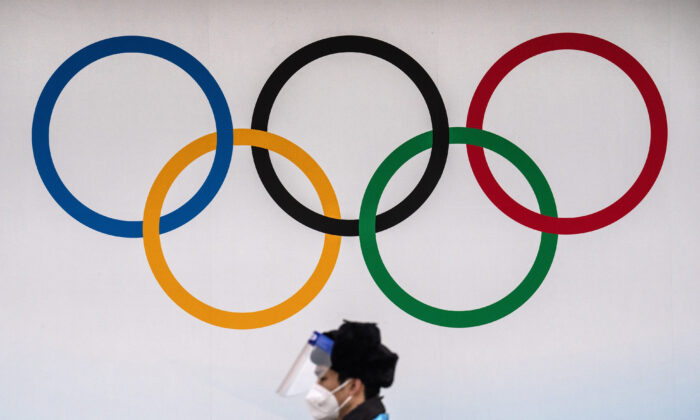 Lawmakers from 20 countries are calling on the United Nations’ human rights office to release a long-awaited report on Beijing’s human rights violations in Xinjiang before Feb. 4, when the 2022 Winter Games is scheduled to start.

“As the world’s attention turns towards Beijing for the start of the Winter Olympics, it is of paramount importance that the Chinese government is held to account for its actions in [Xinjiang],” according to their letter to U.N. High Commissioner for Human Rights Michelle Bachelet.

They add: “Doing so would send a strong signal that no country is beyond scrutiny or above international law.”

The lawmakers are members of the Inter-Parliamentary Alliance on China (IPAC), which announced their appeal to Bachelet on Jan. 31. Among the signatories are the alliance’s co-chairs, Reinhard Bütikofer, a member of the European Parliament from Germany, and Australian Senator James Paterson. Others who have signed the letter include Indian politician Sujeet Kumar and British lawmaker Iain Duncan Smith.

The lawmakers said the report is long overdue since about 50 independent U.N. human rights experts raised concerns over the “repression of fundamental freedoms in China,” including the regions of Xinjiang and Tibet. The experts also called for the establishment of an impartial and independent U.N. mechanism to monitor China’s human rights situation.

In September last year, Bachelet, speaking before the Human Rights Council in Geneva, said she regretted that her office was not able to report progress to “seek meaningful access” to Xinjiang.

Three months later, her office said it was finalizing its assessment of the situation in China’s Xinjiang region in the coming weeks, despite having made “no concrete progress” in talks with Chinese Communist Party (CCP) officials on a proposed visit to the region.

“As the world’s attention turns to Beijing for the Games, we cannot allow the Chinese government to ‘sports-wash’ over the atrocities taking place in the Xinjiang Region,” Bütikofer said, according to the IPAC announcement.

Bütikofer added: “The time has come for the Commissioner to publish its report and begin to establish what is truly happening in the Xinjiang Region.”

Paterson said Bachelet’s office should publish the report “without further delay,” since it has been 18th months since the U.N. experts voiced their warning.

“The body exists to uphold human rights and yet it is failing to act on the most damning allegations of genocide and crimes against humanity,” Paterson added.

More than 1 million Uyghurs and other majority Muslim ethnic minorities are currently being detained in internment camps in Xinjiang where they are known to be subjected to abuses, including forced sterilization, forced abortion, rape, torture, forced labor, and the removal of children from their families.

Australia, Belgium, Canada, Lithuania, the United States, and the United Kingdom are among a group of countries that have announced diplomatic boycotts of the 2022 Winter Olympics.

Recently, 243 nongovernment organizations around the world, including the Uyghur Human Rights Project and World Uyghur Congress, issued a joint statement calling on more countries to boycott the competition.

“The spectacle of the Olympics cannot cover up genocide,” said Omer Kanat, executive director of the Uyghur Human Rights Project, according to the statement. “It’s hard to understand why anyone feels it’s even possible to celebrate international friendship and ‘Olympic values’ in Beijing this year.”

In January, U.S. Sen. Jeff Merkley (D-Ore.) and Rep. Jim McGovern (D-Mass.), chair and co-chair of the Congressional-Executive Commission on China (CECC) also wrote to Bachelet, calling on her office to publish the report on Xinjiang before the start of the 2022 Winter Games.