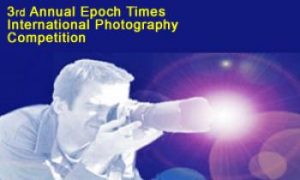 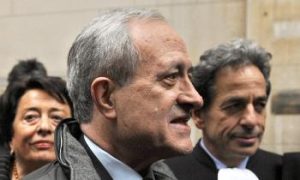 Mayor Accused of Vote-Rigging on Trial in Paris
0
US

“It is staggering how little progress has been made over the past year,” said Craig Kielburger, founder of Free The Children in a blunt interview about the situation in Haiti.

“There are very few heroes that have emerged in this story,” he said Wednesday, criticizing national governments and international aid organizations that have swooped in to help in the wake of the devastation.

Kielburger, a Canadian, started Free The Children in 1995 when he was 12. Since then, the organization has built over 500 schools and started projects in 45 developing countries, including sanitation and water projects in Haiti. Most of the group's funds are raised by young people.

Unlike most of the other aid groups that arrived to Haiti after the quake, Free The Children has been there over a decade, always working with local organizations. Small organizations like these, run by locals and made of “quiet heroes,” struggle for attention and have largely been left out of the aid bonanza that has surrounded the quake.

Kielburger says people like Brother Jeff, who runs an orphanage in Carrefour, a district outside Port-au-Prince, are the ones who really deserve the praise following the disaster.
“Children are literally dropped on his doorstep,” said Kielburger.

That orphanage has grown since the earthquake, from 400 to some 600 children.

Another example is Dr. Prince, who runs one of the largest cholera treatment centers in Haiti. “He had only two weeks left of medical supplies,” said Kielburger. Free The Children sent Dr. Prince $2.8 million worth of supplies, mostly cholera medications.

He’s now treated over 3,000 patients, says Kielburger, and of those, only 27 have died—a much lower death rate than seen at other hospitals, said Kielburger.

“Here are people who are committed to the community, who are a part of the community. They were there long before the earthquake struck and will remain long after the media spotlight fades and the large international aid organizations leave.”

Kielburger says the influx of aid groups has sometimes undermined local groups who have seen their capacity shrink in the face of overwhelming outside aid.

“It makes me shake my head. … More money is spent buying ads than is transferred sometimes overseas. And you have local groups in Haiti that don't have that ability, the same PR team and ad budgets.”

And when those outside groups leave, Haiti will be left much the same, the poorest country in the Western Hemisphere with the same limited ability to help itself, he said. Billions will be spent, thousands of people saved, but a chance for a better future lost.

Rather than build local capacity, Kielburger says large aid groups are building redundant systems, competing for aid dollars to deliver services that local groups could help deliver if they had the support, which would have the residual benefit of building capacity, rather than competing for talent, resources, and attention.

If that does happen, this horrific event could have a silver lining, said Kielburger.
If not, those tents and plywood shelters will become new neighborhoods rather than temporary shelters.

“It's a nation of absolute desperation with small miracles.”