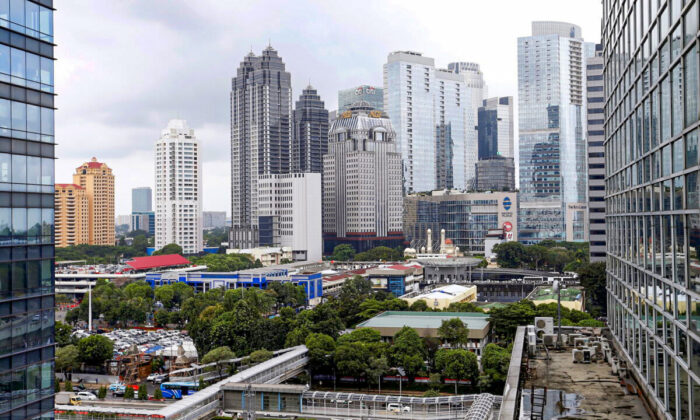 Indonesia’s economy grew by 5.01 percent from January to March 2022 compared to the same period a year earlier, matching the 5.02 percent growth rate seen in the fourth quarter of 2021, according to data released by the country’s statistics agency on May 9.

Rising prices for global commodities such as coal, palm oil, and nickel also contributed to Indonesia’s large trade surpluses, as the country is a major supplier of these resources.

Margo Yuwono, head of Indonesia’s statistics bureau, said that more than half of the country’s gross domestic product (GDP), or 65.74 percent, was derived from the industrial, trade, agriculture, mining, and construction sectors, local media VOI reported.

Yuwono stated that the lifting of COVID-19 restrictions has also resulted in a significant increase in economic activity and consumption, including travel.

“Indonesia’s economic growth at the beginning of this year was lower than the fourth quarter of 2021 with a contraction of 0.96 percent,” Yuwono said.

Data showed that increased activity resulted in a lower unemployment rate of 5.83 percent by February 2022, down from 6.26 percent the previous year. The rate, however, was still higher than the pre-pandemic level of 4.94 percent.