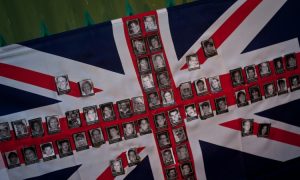 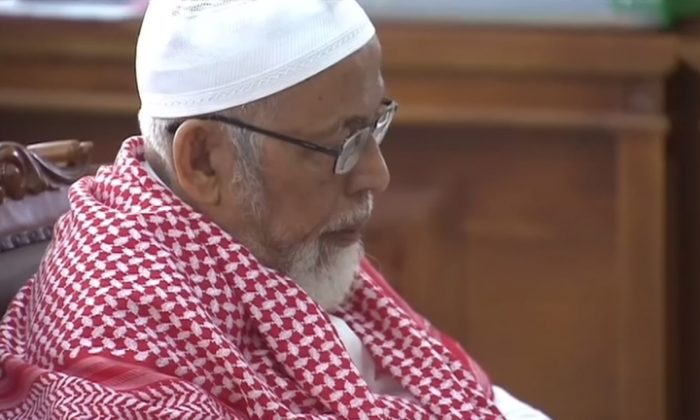 The Indonesian government is reconsidering its decision to free a radical cleric, Abu Bakr Bashir, who is linked to the 2002 Bali bombings that killed over 200 people. (Reuters)
Asia & Pacific

The Indonesian government may overturn its decision to free a radical Muslim cleric linked to the 2002 Bali bombings that killed over 200 people.

Abu Bakr Bashir is only nine years into a 15-year sentence for terror charges related to his links with Islamist extremist training camps but last week, Indonesian president Joko Widodo said he’d be given an early release on “humanitarian grounds” on account of his age and poor health.

“The first reason is humanitarian. He is elderly and his health is also a consideration,” Widodo had told reporters, according to a statement from the social affairs ministry. Widodo also cited security concerns but did not elaborate.

Widodo has been criticized by political opponents who question his Islamic credentials and had accused him of backing the “criminalization” of clerics. Critics also accused Widodo of using Bashir’s release for political gains ahead of elections in April.

Indonesia’s move to release Bashir attracted criticisms from Australia, a country that lost 88 people in the Bali bombings in 2002, prompting a review by Widodo and his officials.

“The president has ordered related officials to immediately conduct a deeper and more comprehensive examination to respond to the request,” Indonesia’s chief security minister Wiranto said in a statement.

More than 200 people were killed in the coordinated bombings in the tourist town of Kuta seventeen years ago.

Bashir, 81, has always denied involvement and was never convicted but is alleged to be the mastermind of the attacks. Bashir is considered to be the spiritual leader of the Islamist group Jemaah Islamiah (JI), the group suspected to have carried out the bombings. His conviction came in 2010 under anti-terrorism laws for links to the extremist training camps that were run under JI in Indonesia’s Aceh province.

“Australians died horrifically on that night, and I think Australians everywhere would be expecting that this matter was treated with the utmost seriousness by our government, which it is,” Morrison told reporters on Jan. 19, according to AAP. “But also that the Indonesian government would show great respect for Australia in how they manage this issue.

“We have been consistent always—governments of both persuasions, over a long period of time—about our concerns about Abu Bakar Bashir,” Morrison said. “He should serve what the Indonesian justice system has delivered to him as his sentence.”

Morrison acknowledged that it was not uncommon for prisoners in Indonesia who have served two-thirds of their sentences to get parole.

“But we have been very clear about the need to ensure that as part of our joint counter-terrorism efforts—we have an excellent counter-terrorism partnership with Indonesia—that Abu Bakar Bashir would not be in any position or in any way able to influence or incite anything,” he said. “Let’s not forget that Bali bombing led to the deaths of Indonesians as well.”

The 2002 bombings prompted Indonesia to set up an elite anti-terrorism squad. It receives funding and training from Australia and the United States.

Bill McNeil, an survivor of the 2002 bombings, told The Australian newspaper that he found the prospect of Bashir’s release hard to understand.

“It seems sort of crazy they will execute people for drug offences but allow this guy to go free,” McNeil, 43, said.

Widodo said in a statement on Jan. 22 it would be “conditional release,” a day after the chief security minister said the decision was being reviewed.

“Conditions have to be fulfilled like loyalty to the unitary state of Indonesia, to the Pancasila. That is one of the very basic conditions,” said Widodo.

Convicts eligible for early release are required to pledge loyalty to the state and its secular ideology, known as Pancasila, and not to repeat their crimes. But Bashir’s lawyers say he has refused to do that.