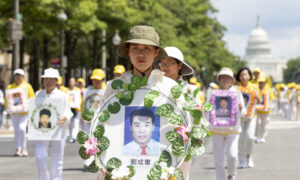 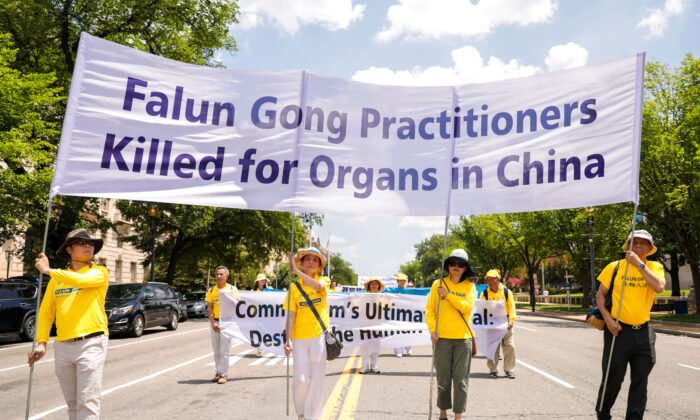 The United States on July 19 called on the Chinese communist regime to “immediately cease” its long-running persecution of Falun Gong and release all adherents who have been jailed for their beliefs.

State Department spokesman Ned Price made the comment at a regular press briefing, a day before the 22nd anniversary of the start of Beijing’s eradication campaign against the faith group.

“Tomorrow, we recognize 22 years since the People’s Republic of China launched the campaign of repression against the Falun Gong movement, and its millions of practitioners, advocates, and the human rights defenders working to protect their rights,” Price said.

He added that “thousands of Falun Gong practitioners face detention, harassment and reported torture and abuse each year” for simply refusing to renounce the peaceful practice of their beliefs.

A meditation practice first introduced to China in 1990s, Falun Gong surged in popularity in the country with its slow-movement exercises and moral teachings centered around the principles of truthfulness, compassion, and tolerance. The practice had about 70 million to 100 million adherents by the end of that decade, according to official estimates. Deeming this popularity a threat, the regime on July 20, 1999, began a nationwide campaign to persecute adherents.

Since then an untold number of practitioners have suffered from mental and physical torture, financial pressure, forced labor, imprisonment, and forced organ harvesting—all of which have been deployed in a bid to eradicate their faith.

Survivors of the abuse have retold stories of being subjected to toxic drug injections, grueling forced labor, electric shocks on private parts, and threats to pregnant women to forcibly abort their babies.

The 22-year-long suppression has led to an uncountable number of deaths. Minghui.org, a U.S.-based website that serves as a clearinghouse for the persecution, has verified details of thousands of deaths, although it notes the number is likely just the tip of the iceberg because of the extreme difficulty of collecting information from China.

The ongoing abuse is drawing growing concerns on the international stage. In May, the State Department sanctioned a Chinese Communist Party official who had a role in persecuting adherents in Chengdu, the capital of China’s Sichuan Province. It also similarly punished a local police official in China’s Fujian Province last year for his role in repressing practitioners.

The State Department under the Trump administration made a similar statement calling for an end to the atrocities in July 2020.

Over the past year, the state of Texas and more than a dozen counties in Virginia have passed resolutions warning residents against traveling to China for organ transplants. The measures were made in the hopes of ensuring that Americans don’t become unwitting accomplices in the regime’s state-sanctioned forced organ harvesting, which targets primarily Falun Gong practitioners and also other prisoners of conscience. Bipartisan lawmakers in Congress, as well as UK and Canadian officials, are also looking to hold the regime accountable for this grisly practice.

At a July 16 rally in Washington, religious freedom expert Nina Shea called on the United States to recognize the regime’s persecution of Falun Gong as a form of genocide.

“Genocide is the destruction in part of a religious community, for example, with the intent to eradicate it,”  said Shea, director of the Center for Religious Freedom at the Hudson Institute.

“I don’t think there’s any doubt that what has happened these past decades to Falun Gong meets that criteria.”