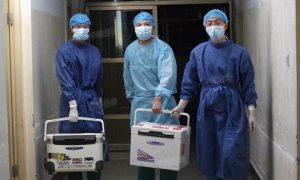 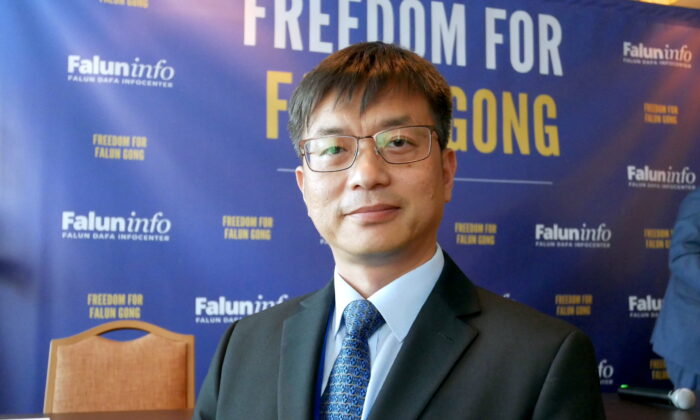 Stay Away From the CCP, It’s ‘Like Poison’: Chinese Torture Survivor Tells the World

WASHINGTON—The world should never trust the Chinese Communist Party (CCP), but instead see it for what it is—“the biggest terrorist group and mafia” on the planet—warned a former prisoner of conscience who was locked up and tortured for nearly a decade due to his beliefs.

“Like poison or sulfuric acid, it will harm you as soon as you touch it,” Wang Weiyu told The Epoch Times.

While imprisoned in a series of Chinese detention sites over the 2000s, Wang experienced just how much harm the communist regime could inflict.

At these facilities, he suffered from an array of physical and psychological torture, all designed to force him to give up his faith in the spiritual practice Falun Gong.

“Every time you want to define their moral baseline, you will regret it and think yourself naive,” Wang said of his torturers. “They simply don’t have a baseline. There’s nothing they can’t do.”

It’s in these dark dens that the communist regime “reveals its true face,” the survivor said.

Wang, now in his late 40s and living in the United States, spent most of his 30s detained in China. He shared his story at the International Religious Freedom Summit in Washington on July 13.

Falun Gong, a discipline that includes meditative exercises and a set of teachings centered on the principles of truthfulness, compassion, and tolerance, was openly practiced in parks and schools all over China in the 1990s. By the end of the decade, the practice had 70 million to 100 million adherents, according to official estimates at the time. The CCP, deeming this popularity a threat to its authoritarian control, launched a sweeping persecution campaign in July 1999.

Shortly after this, Wang, a doctoral student at the time, found himself the target of a Cultural Revolution-style denunciation campaign. Dozens of his classmates were made to condemn him in turn for more than two hours. One close college friend of Wang’s, he said, stood up and threatened to “stab him to death” if he didn’t give up his beliefs.

“I had no idea that propaganda could change a person in such a dramatic way,” he said in his speech at the summit.

A native of Shandong Province in eastern China, Wang took up the spiritual discipline at Beijing’s Tsinghua, a prestigious university where he pursued an optical engineering doctoral degree. Wang remembered being so captivated by the moral teachings in the introductory text “Falun Gong” that he finished the 330-page book within hours. He and roughly 500 students and teachers at Tsinghua meditated daily in groups on the campus grounds.

That was just three years before his life turned upside down as a result of the persecution. Wang was suspended from school twice and eventually expelled due to his beliefs.

In 2002, a group of plainclothes police officers attacked Wang as he was walking down the street, knocking his glasses off his face and stomping on his head. He was sent to a facility officially called a “legal training center,” known among dissidents as a brainwashing center. On the first day there, four or five “trainers” electrocuted him for about 11 hours. They shocked all parts of his body, including his fingertips. One of the guards, a man who stood at 6 feet 5 inches, would press the baton at one spot continuously until it ran out of power.

“The floor was initially dry, but when you came out, you would be walking on a puddle of water,” he said. It was the sweat that had poured off his body during the torture session.

“Maybe you have seen how they beat practitioners in documentaries or films. I tell you, however realistic it is, it shows not even 5 percent of what actually happened.”

For the next six months, he was put in a single cell where he was tightly monitored. By day, he was forced to sit motionless on a narrow bar stool. At night, he fell asleep to the sounds of beatings and shrieks from torture victims.

Wang was later held in detention centers and jails. Across all facilities, particularly cruel treatment was reserved for Falun Gong detainees. Inmates, including juveniles, were encouraged to engage in acts of violence against practitioners. Showing kindness to practitioners was risking punishment.

At Chaoyang Detention Center in Beijing, Wang once overheard doctors discussing a common torture method called force-feeding, a procedure often used on inmates on hunger strike in which a tube was inserted through a person’s nose to the stomach. A nurse, who appeared to be in her 20s, asked a doctor how to insert a tube to inflict more pain on practitioners.

Wang also noticed that some wardens at the center were studying books about mental illness patients, except that their goal wasn’t to cure the detainees, but to contrive ways to “drive you to insanity,” he said.

During one stint in a Beijing jail, Wang and fellow inmates were turned into “modern-day slaves.” They planted radishes, wrapped candies, and made paper muffin cups. Wang’s friend, when sewing the panels of a sports ball, accidentally pierced his eye and permanently lost his vision.

Wang recalled a warden boasting, “If any international groups come, what they can see is a beautiful prison and what they can hear is only praise.” During a rare inspection tour, a female inspector tried to approach Wang, but one jailer brusquely ran toward them and cut her off.

Having escaped to the United States in 2013, Wang sees a chance to make a difference from the outside.

Once, a warden who was inundated by letters from overseas asking him to stop persecuting Falun Gong practitioners told Wang to make them stop.

It was a revelatory moment for Wang. It dawned on him that “they are afraid of something after all,” he said in the speech. “Darkness is always afraid of being exposed to the light.”