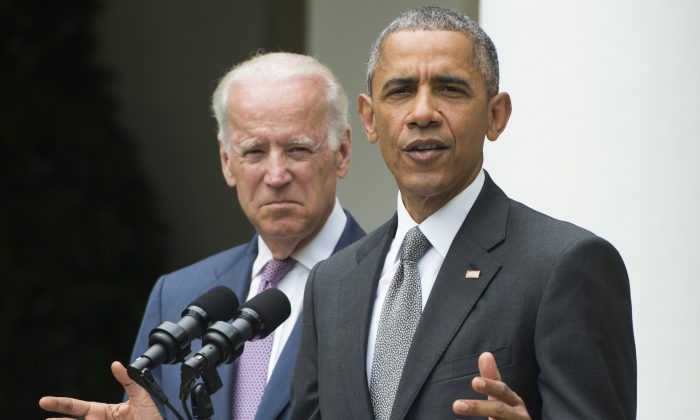 Despite the Supreme Court’s recent decision upholding the Affordable Care Act (ACA), few Americans are paying attention to the bigger picture—progressive consolidation of control over the healthcare system by the hospital and insurance industries.

This trend will destroy the valued relationship of patients with personal physicians. Our healthcare system, demonstrably once the best in the world for the majority, is being replaced by a more expensive and arguably worse system. Our citizens want affordable health insurance, but they also want choice.

A decade ago, hospitals were mainly for inpatient care, and outpatient care was the domain of private doctors. Now, the greatest profit center of hospital consortia is outpatient care. Government policies not only permit profitable billing practices favoring only hospitals, they also help facilitate hospital mergers. Both of these factors contribute to unsustainable health cost inflation.

Mergers in the hospital sector increase hospital leverage in negotiating with insurers, driving up reimbursement and ultimately premiums. At the same time, they demonstrably result in a decline in service and quality of care.

Mergers in the hospital sector increase hospital leverage in negotiating with insurers, ultimately driving up premiums.

Compared to private practice, consortia obtain 60–80 percent higher Medicare reimbursement for hospital outpatient services (the benchmark for private insurance). They use their leverage in contracting with private insurers to obtain reimbursements 1.5–2.0-fold higher. This noncompetitive situation, first of all, helps hospitals deal with inpatient losses and, secondly, gives hospitals a reimbursement advantage over private competitors.

Private doctors, who don’t have any leverage, are confronting comparatively low reimbursements and a loss of referral volume from a shrinking private physician pool. These physicians, patients in tow, are being pressured to join consortia, which increasingly employ new, “cost-cutting” standardized treatment—rationing—instead of individualized care. New treatment standards are based on flawed metrics of “quality” and “cost,” administered by the government and not by the market.

Most private and Medicare patients don’t realize why premiums increase. Indeed, the brunt of increased private premium costs is born by self-employed citizens and small businesses. They, unlike large corporations, cannot self-insure and have no leverage in negotiating policies.

Comprehensive changes in our insurance and regulatory structures should be considered to improve consumer choice and reduce health costs.

The majority of outpatient care should return to less costly private practice. Site neutral reimbursement for outpatient care must become standard practice. Residents should be incentivized to enter private practice by means of reducing student debt through public service and low interest loans to establish an office. Qualified private practitioners must be encouraged to teach in hospitals and act as role models for residents.

All citizens and legal immigrants should have at least basic insurance for preventive, inpatient, and outpatient care, which covers services in an economically realistic, regionally adjusted, cost basis. This would eliminate the need for cost shifting—billing those privately insured excessively to cover costs engendered by the uninsured and underinsured.

FSAs allow employees to pay for out-of-pocket qualified medical expenses (on a pretax basis), but have an annual use-it-or-lose-it feature. To reduce health costs, the regulations governing FSAs should be changed, allowing these plans to accumulate money, eliminating year-end “frivolous” expenditure of funds (for example, extra eyeglasses).

Widen the Concept of Employer-Based Coverage

Private individuals and small businesses seeking coverage could be organized into loosely affiliated groups of small businesses and self-employed, allowing them to negotiate optimal terms of group coverage with appropriate volume discounts. This approach would also result in diminished premium costs, improved coverage, and a needed economic stimulus to small business. Organization of groups would require a paradigm shift on the part of insurers and regulators.

As proposed by Sen. John McCain (R-Ariz.) and others, insurance companies should be made more competitive by being persuaded to offer policies nationally, with options for regionally cost adjusted national use. Insurance is regulated by the states, a policy that will have to be revised to allow for a nationally available insurance—not an insignificant task.

The present annual Medicare budget is approximately a 500 billion dollars and its projected growth is unsustainable. A model with the potential to save Medicare approximately 10 percent annually is the successful Federal Employees Health Benefits Program (FEHBP), insuring federal employees, dependents, and retirees since 1959. This Medicare alternative is a means of using the consumer and the market to control costs with a defined contribution plan, limiting the government’s financial exposure.

“Here’s your Medicare contribution for the year. There are 10 Medicare vetted private insurers. Choose the one you prefer. We can change your policies every year as you see fit.” This rewards the private sector for innovating methods to provide outpatient and inpatient care in a cost-effective manner. It allows consumers a wide range of choice in cost and quality and should permit use of HSAs covering unreimbursed care.

Many real drivers of health costs need to be addressed. Health behavior accounts for 50 to 70 percent of personal healthcare costs. A correlation between healthcare behavior and health care premiums, similar to car insurance, must be established, and premiums adjusted unfavorably for all privately insured abusers of personal health while rewarding good health. The Cleveland Clinic demonstrated outstanding sustained success at improving health and reducing premiums of those with conditions amenable to behavioral change.

We could reduce health costs even further by:

Ultimately, changing and revitalizing our hybrid private–public healthcare system and emphasizing a restored, economically superior and more personalized private practice option, will require significant change in the business model of all participants of the system—young patients and seniors, physicians and hospitals, pharmaceutical and medical device manufacturers, as well as medical suppliers.

As with any major social change, this process of reform must be phased in over the next two decades, with the goal of benefiting the citizens and legal residents of this country and enhancing their personal freedom and economic choice. It must and will spark a significant national debate. We need the political will and courageous leadership to do so.

Emile Hiesiger, M.D., is a neurologist and pain expert who maintains a private practice in New York City. He also holds a mater’s degree in political science (political economics) from NYU and is co-author of “Say Goodbye to Back Pain” with Marian Betancourt and “Your Pain Is Real” with Kathleen Brady.