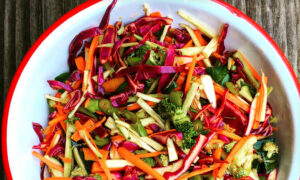 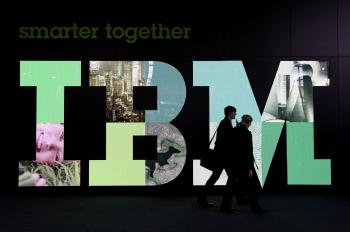 By Conan Milner
Print
Imagine a 3-D map of the entire earth so small that 1,000 of them could fit on a grain of salt. IBM scientists were recently able to produce this unthinkably minute creation thanks to a tiny piece of silicon.

The microscopic relief map features a 25-nanometer-high 3-D Matterhorn with many of the characteristics of its real world 14,692 foot Alpine counterpart. The complete map measures 22 by 11 micrometers. In relief, 3,300 feet of altitude correspond to a depth of roughly eight nanometers (nm). To get a feel for just how small the map is, consider that there are about 25 million nanometers in a single inch.

Composed of 500,000 pixels, with each pixel measuring 20 nm2, you’d think this creation would be a laborious undertaking. However, the exceedingly tiny project only took 2 minutes and 23 seconds to complete!

This miniature map, and the speed with which it was made, was only possible due to a very tiny and very sharp silicon tip—measuring 500 nanometers in length and only a few nanometers at its apex. This nano-tip can be used to create patterns and structures measuring as little as 15 nm, but scientists insist that it has the potential of going even smaller.

The tip, similar to the kind used in atomic force microscopes, is attached to a bendable cantilever that controllably scans the surface of the substrate material with the accuracy of one nanometer—a millionth of a millimeter. By applying heat and force, the nano-sized tip can remove substrate material based on predefined patterns.

Scientists liken the process to that of a milling machine, where material can be removed to create complex 3-D structures with nanometer precision by modulating the force or by re-addressing individual spots. When shaping the 3-D replica of the Matterhorn, for example, 120 individual layers of material were successively removed from the molecular glass substrate.

"Advances in nanotechnology are intimately linked to the existence of high-quality methods and tools for producing nanoscale patterns and objects on surfaces," explains physicist Dr. Armin Knoll of IBM Research—Zurich in a press release. "With its broad functionality and unique 3-D patterning capability, this nanotip-based patterning methodology is a powerful tool for generating very small structures."

Compare this to existing nano-creation methods such as e-beam lithography—a technique which selectively exposes a surface to a beam of electrons to produce a pattern that can be applied to various materials by means of etching.

While the e-beam technique is quite versatile, it requires several processing steps and the equipment involved can fill an entire laboratory. In addition, it is becoming increasingly challenging to fabricate patterns with this method at resolutions below 30 nm.

Meanwhile, the new IBM method is much more efficient, and its tools can be confined to a table top. The silicon tip promises improved and extended capabilities at very high resolutions, and is much less expensive at one-fifth to one-tenth of the cost of e-beam.

Scientists say that potential applications of the nanotip-based technique range from the fast prototyping of nano-sized devices for future computer chips, to the production of well defined micron-sized optical elements like aspheric lenses and lens-arrays for optoelectronics and on-chip optical communication.

The IMB research paper detailing the technique, "Nanoscale 3-D Patterning of Molecular Resists by Scanning Probes," was published in the April 22 issue of the journal Science.