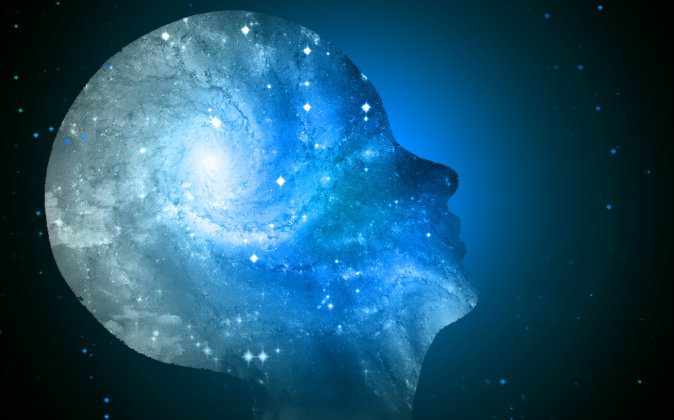 A growing number of scientists are calling for a shift in scientific methods to acknowledge phenomena commonly experienced but difficult to study according to conventional methods.

Here’s a look at some insights from scientists who explore paranormal phenomena or matters related to human consciousness. They discuss how science can move forward.

Dr. Gary Schwartz received his doctorate from Harvard, taught psychiatry and psychology at Yale, and is now a professor at the University of Arizona. He has studied individuals who say they are able to predict the future.

“If you’re going to test someone who claims to do extraordinary things, it’s essential that you design the experiment to be as close as possible to what they actually do,” said Dr. Schwartz on his website.” And if you don’t design an experiment around their actual skills, you can end up asking people to do things that they actually can’t do or that don’t really represent what they do.”

Schwartz tailors the tests specifically to the individual abilities instead of imposing a cookie-cutter test of precognition. Not everyone who can predict the future can predict it in the same way, he says. He has found people he considers “the real deal.”

Dr. Bernard Beitman, a psychiatrist at the University of Virginia, proposes the establishment of a transdisciplinary study called “Coincidence Studies.”

He wrote in a 2011 paper: “One of the biggest challenges in the development of the new discipline of Coincidence Studies is providing a systematic place in scientiﬁc research for subjectivity and for human consciousness. Meaningful coincidences depend upon the mind of the observer. The question of how to develop methods and an accompanying technical language that includes and respects the subjective element built into the fabric of coincidence needs to be answered.”

Dr. Alan Sanderson is a psychiatrist, hypnotherapist, and spirit-release therapist. He founded the Spirit Release Foundation in 1999, an organization dedicated to the clinical treatment of spirit possession.

Dr. Sanderson wrote in a 2003 paper: “I want to stress that the concept of spirit attachment and the practice of spirit release are not based on faith, as are religious and mystical beliefs. They are based on the observation of clinical cases and their response to standard therapeutic techniques.”

“This is a scientific approach, albeit one that takes account of subjective experience and is not confined by contemporary scientific theory.”

He noted that this field of study still faces some obstacles, though he hopes to see those clear as it progresses. The discipline is relatively new; much “suspicion, ignorance, and misinformation about the subject” exists; and funding is an issue.

How Do You Form a Control Group for ESP?

In their 1973 book “The Challenge of Chance,” Alister Hardy and Robert Harvie explore a widely publicized test of extrasensory perception (ESP). The experiment did not provide strong evidence for ESP, but perhaps the methods didn’t fit the subject.

People were asked to read other people’s minds and draw what they saw. For the small portion of pictures that seemed to match, the researchers were tempted to say it may truly have been because of telepathy. But they stopped short of that admission, in part because the success rate in the control group was high compared to the group being tested.

But what if not all the people in the test group who claimed to have the ability did, while a few were genuine? What if many people have ESP and a random sampling of people are actually able to sense to some degree what another person is thinking on without necessarily having felt in the past that they had some special abilities?

Smartphone apps are being used to study collective consciousness and the phenomenon of coincidence. Users report their experiences in real time and the wealth of data collected helps researchers.

Stanford Physicist William A. Tiller has developed what he says is a method of physically detecting human intention. He has discovered a powerful realm in the space between particles that contains an energy our conventional instruments cannot usually detect. Tiller has realized, however, that human consciousness or intention can activate that mysterious energy, making it interact with the substances we are able to detect. He can thereby study the physics of human intention and this energy.

In the age of mass communication, anecdotes and amateur investigators can often provide a starting point for more in-depth investigations. Here’s an example of a netizen who tested his friend’s paranormal ability and shared it on Reddit:

“[My friend] claimed he was able to leave his body during sleep and basically travel around in his spirit form. I took it with a grain of salt for obvious reasons, but I didn’t dismiss him right off the bat because I knew him pretty well and he wasn’t the type of kid that would try to troll me about these things.

“At the end of the night [of hanging out at my place], I told him hey, why don’t you prove to me that you can really fly around as a spirit and come to my room tonight [traveling from his house to mine during sleep].

“I came up with the idea that I would write a note on a post it and he would have to guess what I wrote. He agreed.

“Fast forward to the next morning. I get a call from him telling me that he had … read the note. … He got it right.

“This experience has really blown my mind. I know it would be hard for most of you to believe me, but this really happened and I am 100 percent positive that there was no way he could have seen what I had written on that post it.”