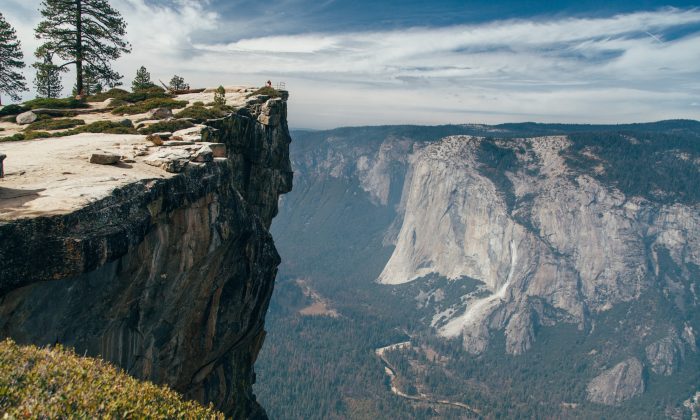 This fourth installment relates how Roosevelt started to “pack the court” with New Deal activists and how the justices destroyed the Constitution’s limits on federal land ownership.

Roosevelt failed in his famous effort to “pack the court” by expanding its size, partly because Chief Justice Charles Evans Hughes politically outmaneuvered him. However, FDR was able to achieve his ultimate goals by nominating replacements for retiring justices.

He didn’t nominate seasoned jurists. In fact, with one exception, none of his nominees had ever served full-time as a judge. Instead, he chose New Deal activists—including a few of undoubted talent—willing to sacrifice the Constitution for the sake of the liberal agenda.

The retirement of Willis Van Devanter in spring 1937 created the president’s first appointment opportunity. He chose then-Sen. Hugo Black (D-Ala.), presumably as a reward for Black’s support for the New Deal. The appointment certainly wasn’t based on merit: Black’s only judicial experience was two years as a part-time city court judge.

Black was still on the bench when I was in law school. Our liberal faculty members portrayed him as a lovable, crusty, old man with an idiosyncratic theory of First Amendment free speech. They didn’t discuss Black’s early years on the bench, when he freely invented reasons why Congress and the administration could do anything they wanted to do.

A good illustration is Black’s concurring opinion in the 1939 case of Coleman v. Miller (pdf). In that opinion, Black claimed—disregarding both history and constitutional text—that Congress had “exclusive power” over the entire constitutional amendment procedure. According to Black’s hypothesis, Congress could do anything it wished with the procedure, and the courts had no way of responding.

Obviously, if this notion had prevailed, Congress would have become omnipotent, altering the Constitution almost at will. Black actually persuaded three of his colleagues to sign onto this absurd opinion.

Fortunately, Hughes had better sense. His decision for the court charted a much more moderate course. In subsequent years, Hughes has been vindicated, as judges at all levels have soundly and unanimously adopted his view and rejected Black’s.

In early 1938, FDR nominated his solicitor general, Stanley Reed, to replace the retiring George Sutherland. Like Black, Reed proved to be a reliable member of the “the feds are all-powerful” school of constitutional thought.

Roosevelt’s appointment of Reed paid off almost immediately, as Reed wrote an opinion for the court dismantling the Constitution’s restraints on federal land ownership.

Power over land is power over people. When the government acquires or retains land, the liberal media say the government is “conserving” or “preserving” it. But those are euphemisms. What government ownership usually means is that the power of the bureaucrats is greater and the freedom of the people is less.

The document’s text, coupled with its history, shows that the federal government may acquire ownership or jurisdiction over acreage dedicated to one or more of the purposes enumerated (pdf). But the Constitution grants no authority to acquire parcels merely because the government thinks they would be nice to have. Property acquired in excess of constitutional needs (such as that obtained by international treaty) must be disposed of.

The enclave clause thus speaks only of a capital district and “needful Buildings.” As the Constitution uses the word, “Buildings” means improvements of all kinds, not only enclosed structures. However, “Buildings” doesn’t encompass vast tracts of territory. Before 1938, Supreme Court cases on federal enclaves involved areas of limited size dedicated to enumerated purposes. Examples included navigational facilities (included in Congress’s commerce power) and military installations. With the exception of the enclave known as Washington, which the Constitution authorizes explicitly, these enclaves were relatively small.

Spanning 748,000 acres, Yosemite National Park isn’t a “needful Building.” It serves no purpose mentioned in the Constitution. Rather, it’s a precious environmental and recreational preserve and should be protected and managed by a fiduciary trust—or perhaps by the state of California—not by the highly politicized federal government.

Nevertheless, in Collins v. Yosemite Park & Curry Co. (pdf), the Supreme Court ruled that California’s cession of Yosemite to the federal government was valid under the enclave clause. Only Justice James McReynolds dissented. Ever since that ruling, the court has permitted the feds to own or control land almost without limitation (pdf).

The Practical Costs of the Court’s Decision

Readers without experience in the American West may not appreciate how damaging the Collins decision has been. It ratified the power of federal bureaucrats and politicians over 28 percent of American real estate. This real estate is disproportionately in the West: The feds own more than 80 percent of Nevada, more than 60 percent of Alaska, Idaho, and Utah, and more than half of Oregon.

Most of this land has no unique value, and there’s no reason for the federal government to own it—other than for political power. Almost everyone agrees that the quality of federal management hasn’t been high.