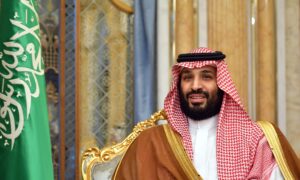 How The NRA Keeps Guns in the Hands of Dangerous People

After the 2007 Virginia Tech massacre in which 33 died, the National Rifle Association supported a federal law to make it harder for people with mental illness to get guns. Killer Seung-Hui Cho had been declared mentally ill by a Virginia special justice but was still allowed to purchase guns because he was not institutionalized.

There was just one catch. The NRA’s support was contingent on legal provisions to restore “gun rights” to those who lost them for mental health reasons.

An early example of such restoration was Virginian Sam French who was hospitalized by court order four times in five years and told authorities he hears voices and talks to bears but got his guns back anyway according to the New York Times. Thank you, NRA

And there is another problem. Without a national registry which the NRA has legally blocked out of fear of government “tyranny,” how is it ever known when someone who is a legal gun owner becomes mentally unstable? It isn’t.

In Chicago’s Cook County, more than 3,000 people failed to surrender their Firearm Owner’s Identification (FOID) cards last year after they were revoked, reported the Chicago Sun-Times. FOID cards allow someone to buy firearms and ammunition and are revoked for mental illness, felonies and protection orders. Yet often the firearms themselves are not confiscated. The system is “broken” says Cook County Sheriff Tom Dart–it “revokes cards, but the guns are of no consequence.”

Last year, reports the Sun-Times, Cook County law enforcement personnel recovered more than 35 firearms, from one person whose card was revoked, including four AR-15 assault rifles. Hey, he had the right to defend himself.

Of course the U.S. mental health system is also broken said many speakers last week at a Chicago conference called “The Cost of Doing Nothing” sponsored by the Kennedy Forum. “If the nation wanted a good answer to Sandy Hook and Aurora” it would make a commitment to providing mental health care to any American who “suffers a psychotic break,” said former U.S. Representative Patrick Kennedy at the event. We are not doing “what we know works.”

Recently, California passed the first “gun order of protection” law allowing imperiled families and other citizens to request guns removed from dangerous persons. When law enforcement remove guns from people whose FOID have been revoked, families are often “happy” said Sheriff Dart at the conference. There is “widespread agreement” about the importance to public safety of removing guns from people who have become dangerous to themselves and others, he said.

But so are NRA sponsored laws that rearm people who hear voices and block a registry to know when gun owners have become mentally impaired! It is shocking but true–gun “rights” trump the occasional massacre to the NRA.

Join this action to tell corporate America to get off the “sidelines” and take a stand against gun violence including the “can’t miss” sniper rifle sold to civilians. When corporations want sane gun laws, we will have sane gun laws.