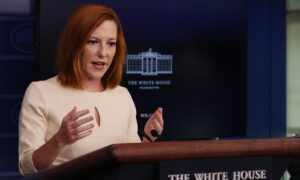 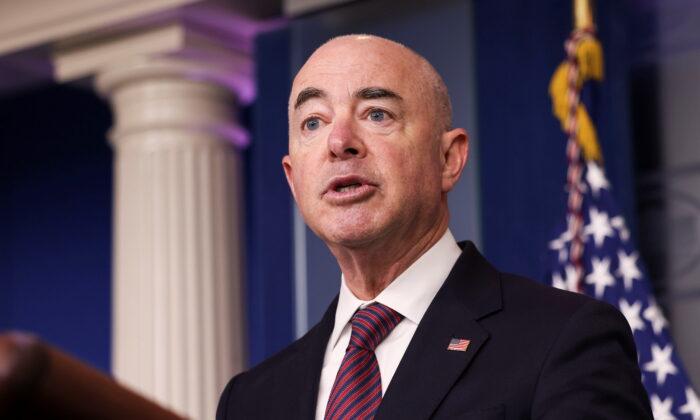 How the Left Speaks Openly by Telling Unbelievable Lies

Over at the American Greatness website the other day, Dan Gelernter wrote a most interesting column headed: “The Left Can Finally Admit What it Wants,” in which he reminds us of certain items on the left’s agenda that Democrats once had to keep hidden from voters but that now, he writes, they are more or less open about.

When I first read it, I thought it was nonsense. Just look at his principal example, which is the intention to raise our taxes. He recalls that when Walter Mondale lost to Ronald Reagan in 1984 in a 49-state landslide after promising to raise taxes, Democrats through the following nine election cycles never again dared to openly admit to such a plan.

But have they now admitted it? Not at all. President Joe Biden is so far sticking to the Obama-era strategy of insisting, in the teeth of all economic evidence, that he can pay for trillions more in spending than President Barack Obama ever dared by taxing only “millionaires and billionaires” and that none but those making more than $400,000 a year will have to pay up.

Does anybody believe this? Of course not. For starters, it’s already evident to all that we’re starting to pay a new, Biden-generated tax-by-inflation, which can only increase as a result of the Democrats’ unfunded spending sprees, existing or projected.

But that, it suddenly occurred to me, must be the point of Gelernter’s article. If you tell a lie that everybody knows is a lie, isn’t that tantamount to telling the truth?

Consider the other preposterous statements that have been issued from this administration just in the past couple of months.

There was the claim of the “extraordinary success” of the evacuation from Afghanistan.

And then there was the claim that $3.5 trillion in new government spending would actually cost “zero.”

Just the other day, Treasury Secretary Janet Yellen said that the administration’s plan for IRS monitoring of all bank transactions over $600 was “absolutely not” the same thing as the government’s spying on ordinary Americans, when it quite obviously is.

And this recalls the multiple assurances by Homeland Security Secretary Mayorkas and others that “the border is closed,” when it’s quite obviously wide open.

Perhaps these administration officials remembered the CNN reporter who reported that the Antifa–BLM riots of last year were “mostly peaceful” while standing in front of a burning building. In neither case can anyone have been fooled by the words ostensibly meant to disguise the reality staring us in the face.

So, yes, Gelernter has a point.

In addition to the non-denial denials, there are open admissions, as in the case of the Biden vaccine mandate, which was promoted by Dr. Anthony Fauci in these memorable words: “There comes a time when you do have to give up what you consider your individual right of making your own decision for the greater good of society.”

And then there’s the even more jaw-dropping example from the governor’s race in Virginia, in which Democratic hopeful Terry McAuliffe told the people of that state that: “I’m not going to let parents come into schools and take books out and make their own decision. I don’t think parents should be telling schools what they should teach.”

A decade or so ago, a much stupider Democrat than McAuliffe would have known it to be political suicide to say anything as stupid as that, yet in 2021 he says it straight out without apparent regret or anyone’s regarding it as a “gaffe.”

To these examples we may add House Speaker Nancy Pelosi (D-Calif.) telling the media that it’s their job to sell the virtues of the president’s massive spending bill to the American people—something the media themselves could hardly deny with a straight face.

And yet there are still quite a few things the left isn’t telling us, even by means of unbelievable lying. At least there are some things they say that are apparently still believable by the more naive among our fellow citizens.

One is the reason for making voting reform a top priority of the Democratic Congress. They say it’s to widen the franchise and increase “voting rights,” while simply ignoring the obvious fact that election integrity can’t but be compromised by unsolicited postal ballots, ballot-harvesting, and other measures that make it easier for fraudsters to stuff ballot boxes.

That couldn’t have anything to do with their passionate concern to stamp out what they amusingly call “voter suppression,” could it?

Perhaps the most important of the things the left is being less than frank about is the inevitable reduction in living standards that will result from the administration’s pandering to the climate-change lobby.

This is a worldwide phenomenon. Last month, British Prime Minister Boris Johnson came before the United Nations to announce, like a demented version of Kermit the Frog, that “It’s easy being green”—even as energy prices back home were skyrocketing as a result of his mindless commitment for the country to reach “net-zero” carbon emissions by 2050 and the consequent closing of coal- and gas-fired power generators.

Johnson hasn’t got Biden’s excuse of being well along the road to senility (another thing the Democrats aren’t telling us), so we must suppose that he really believes what he says. So, too, no doubt, did then-Secretary of State John Kerry when he told a Northeastern University graduating class in 2016: “Don’t believe the doubters who claim that we have to make a choice between protecting the environment or growing the economy. That’s a lie.”

A lie? That there are costs to banning cheaper forms of energy in favor of more expensive (and, incidentally, more unreliable) ones? While I know colleges are doing their best to extract whatever common sense that today’s undergraduates arrive with and replace it with ideology, even if that effort was at full bore at Northeastern in 2016, it’s hard to believe that the applause of the university’s graduates that greeted Kerry’s remark could have been sincere.

I’d be sorry to think either Johnson or Kerry themselves believed what they were saying, but even sorrier to believe they didn’t. As with Biden’s claim that the cost of his $3.5 trillion spending package would be “zero,” some “expert” must have persuaded them that some other expert had made a scientific study showing that the old rules of economic common sense no longer apply.

Economist Thomas Sowell once said, quite truthfully, that there are no solutions, only trade-offs. That’s the biggest thing the left isn’t telling us. It may or may not be necessary for us to go green, but doing so certainly isn’t going to be easy. Not that the left will ever tell you that.