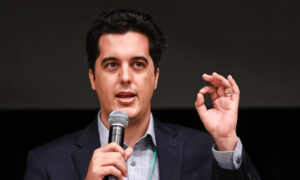 How the CCP Lies Through Duplicity, Mirroring, and Denial Around the World

The chief epidemiologist at the Chinese Center for Disease Control and Prevention declared that China will always be open and transparent in reporting outbreaks of this virus. Around the same time this statement was released, the CCP was caught lying about pressuring German officials to issue positive statements on the Chinese regime, and after an EU report found the CCP had launched a comprehensive disinformation campaign.

We’ll explore how the Chinese regime uses a series of common methods in its programs to deceive the world, based around repeating lies, using duplicity so words don’t match actions, switching the blame to its accusers, and always denying guilt.

And with all the serious news constantly going around, we’ll take a step back today with advice from literature on coping with hardships. We’ll be looking at quotes from “Man’s Search for Meaning” by Victor E. Frankl, and “Meditations” by Marcus Aurelius.