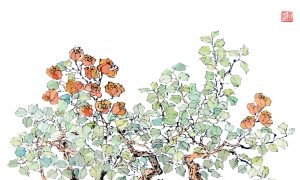 Life Exists Because of One's Soul
0 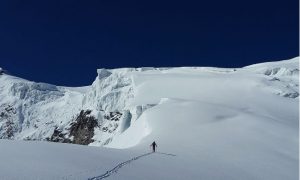 The Best Music for Productivity? Silence
0 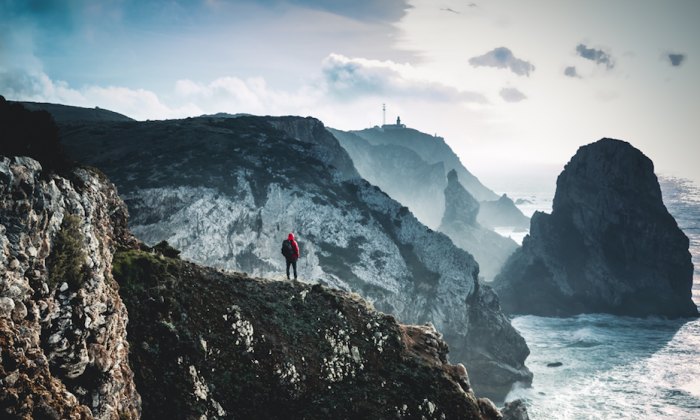 Walking on the edge of the land on a cloudy day, the ocean with big waves against the “walls”. (Unsplash)
Home

How Silence Is a Balm for the Soul

My sister and brother-in-law were off on a tour of Central Europe, and I was spending a few days alone in their house. When I arrived, I moved my luggage and some groceries inside—I didn’t intend to leave the premises unless absolutely necessary—put the perishables in the refrigerator, and then dropped into a chair in the living room.

Their mountain home lies at the end of a rain-rutted road. As I sat in that chair, eyes closed, I realized I was listening to that rarest of sounds.

Years have passed since I have listened to so deep and profound a hush. Oh, we can all partake of what we believe to be silence—driving in our cars, a chapel for prayer, a walk in the park—but in these sanctuaries we still encounter noise, the car engine, another’s whispered prayers in the chapel, the laughter of children in the park.

Here in this house, however, was silence as thunderous as the stillness of a desert.

Many people fear silence. A pause during a conversation brings discomfort. Our restaurants pipe in music in part to quell noiselessness. Our electronic gadgets offer similar comfort.

Moreover, to inhabit silence usually means solitude, which terrifies some people. Though few of us are autophobes—persons with an extreme fear of being alone—a good number of people feel lost without human contact, even if it’s only through television or social media. This trepidation should come as no real surprise. After all, prisoners view solitary confinement as a harsh punishment.

When I was a teacher, I several times instructed my homeschool students to bring their chairs from the classroom to the empty parking lot behind the church where we met for classes. We would arrange the chairs in a large circle with the students facing outward so that each was invisible to the others. The students sat for half an hour in silence and then returned to the classroom to write an essay on the experience.

These essays fascinated me. Some of the students, as might be expected, were bored. Some wrote that never in their lives had they kept quiet for so long a time. Some prayed. Some made “to-do” lists in their head. A handful discovered a new passion for silence.

If we Google “quotations about silence,” we find writers and philosophers opining on the absence of noise. Jean-Jacques Rousseau tells us, “Absolute silence leads to sadness. It is the image of death.” Singer-songwriter Justin Timberlake notes, “The most boring thing in the world? Silence.” Quaker William Penn would disagree, believing that “True silence is the rest of the mind, and is to the spirit what sleep is to the body, nourishment and refreshment.” In urging young people to “make space for silence,” Pope Benedict XVI goes a step farther: “It is in silence that we find God, and in silence that we discover our true self.”

All four of these viewpoints contain some truth. In our harried age, silence thrusts us back upon ourselves, and we may indeed find ourselves brooding on past wrongs and mistakes, a transport of guilt and shame carrying us to Rousseau’s sadness. Many, as I discovered from my students, would agree with Timberlake that silence is dull and monotonous. Others find in silence, as Penn suggests, a break from the rush-and-whirl of life, and draw upon it as a balm for trouble and worries. The pope’s words remind us that those in the past who fervently sought God, from Moses to Mohammad, from Christ to Buddha, all set aside time for self-imposed retreats into silence and prayer.

Over the course of that week, I listened occasionally to music on Pandora. I watched a movie or two on my laptop. I made some phone calls. I talked aloud to myself from time to time, as I am ordinarily wont to do.

But the Great Hush of this house prevailed.

It was a gift, and I enjoyed its pleasures.

This post was originally published on Intellectual Takeout by Jeff Minick. He is a freelance writer and teacher living in Front Royal, Virginia. He may be found online at JeffMinick.com.