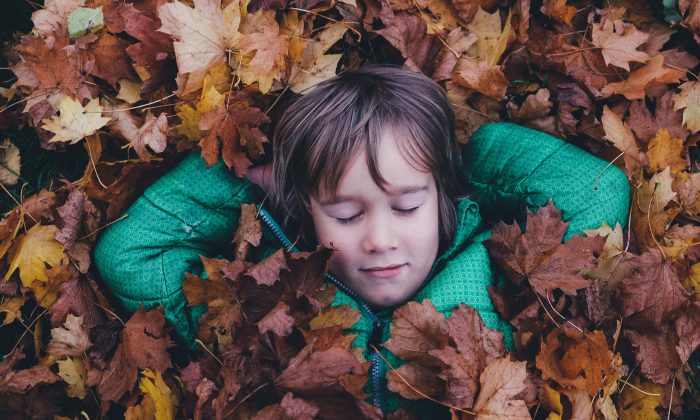 Mention mental health and it is often heard as negative – a time of breakdown and crisis – but talking about and finding ways to maintain good mental health is vital in today’s busy life, including for our children.

One in 10 children and young people are affected by mental health problems, according to The Mental Health Foundation, and parents and teachers are increasingly recognising stress in themselves as well as the children in their care.

That’s where Roald Dahl comes in. Teacher and holistic therapist Kate Beddow has taken Dahl’s timeless tales to show teachers and pupils how using relaxation and mindfulness techniques can help them feel calm when facing stress – and enhance the classroom environment.

Roald Dahl he has always appealed to children no matter what is going on around them.
— Kate Beddow, Teacher and holistic therapist

To commemorate the 100th anniversary of Roald Dahl’s birth on September 13th she gained special permission from the Roald Dahl Foundation to create lesson plans around three of his books.

The first choice was obvious: her favourite story and the one currently in the spotlight with the release of the new “BFG” film. She then asked teachers which of his books were their class’s favourites, and it was decided that “Charlie and the Chocolate Factory” and “Matilda” were the other books.

“One of the things about Roald Dahl is that he has always appealed to children no matter what is going on around them,” she said. “When his books were first written, children had very different childhoods to the childhoods they’ve got now, but he’s still loved.”

She puts that down to the feeling of escapism in the stories: “That magic, just disappearing off into another world for a while, and escaping the stresses and the assessments and the SATS and all the responsibilities that seem to go with being a child these days.”

“Matilda” in particular has an empowering message for children, who can often feel helpless, says Kate. “She can move things with her mind and that gives this little person, who’s always got her head in a book, this incredible power over the people around her,” she said about the book’s protagonist.

Her lesson plans help teachers to show children a variety of relaxation techniques including breathing methods and yoga poses. Each technique is tied to a particular character in the book to make it fun and easy for the children to learn and remember. At the end of the lesson a script paraphrased from the books is read out, which the children can join in with using the techniques they have just learnt.

Being Present and Improving Life With Mindfulness

Breathing techniques are particularly useful if a child is feeling anxious, says Kate, as they are “something that they can do when they are sat at their desk and nobody even needs to know that they are doing it”.

She has lesson plans set around many other topics in addition to Dahl’s books and has also developed guided meditations for children set to music composed by her husband.

“I like the balloons best. I put all my troubles in one and then blew it away,” said one of Kate’s 10-year-old clients about the “Drift Away” meditations. “I put that I am scared of spiders and some other stuff in the hot air balloon box.”

It really helped them to focus, learn about themselves, and how to just stop and be still.
— Carla Whelan, Primary School Headteacher

Teaching itself is a stressful job, so Kate is often called in to schools to work with teachers too. “Looking after your staff, yourself, and the mental health and wellbeing of your school community should always come before anything else,” said head teacher Carla Whelan in a testimonial.

“The children are still talking about it daily. They felt it really helped them to focus, learn about themselves, and how to just stop and be still,” she said.

It’s this stillness and connection that Kate says is often lacking in family life these days.

“Life is just so busy now,” she said. “The more stressed parents are, the less they have the capacity to notice what is going on with their kids’ mental health. They notice that their hair needs cutting or they’ve grown out of their trousers but not necessarily that they are a bit quieter than usual or that they’ve not eaten all their tea.”

And with children naturally experiencing changes as they grow up, it can be hard to spot if something is normal or if they need a bit of extra support.

“There are many things that parents can do to depending upon how deeply their child is being affected by the issues. The most important thing is just to talk to your child and listen to their worries,” said Kate. “And don’t dismiss their feelings however irrational they may seem to you.”

Connection can be as simple as a cuddle or just spending 5 minutes together. “What could be nicer than sitting together and reading a book?”

Simple stress solutions to bring the calm of the classroom home

7-11 Breathing – to relieve panic and anxiety

Kate says: One of the first signs of panic is shallow breathing, which causes a chemical reaction to release stress hormones. This technique regulates and slows down the body to restrict and inhibit the release of hormones that lead to the overwhelm of a panic attack.

Think beyond essential oils. Dab your perfume or an essential oil such as bergamot or lavender on your child’s sleeve or tissue when giving them a hug goodbye.

Kate says: Any familiar scent such as mum’s perfume, the fresh scent of linen from your pillow, or essential oils will bring back the memory of the feeling of when it was given, the fond memory or safe environment. And of course use essential oils in an atomiser to help everyone feel calm and even induce sleep.