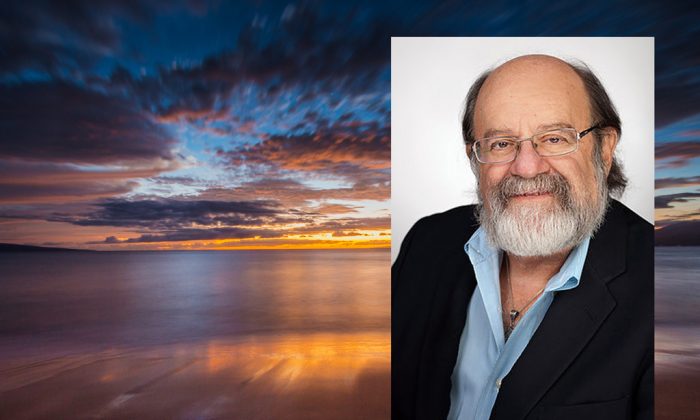 How a Former Yale Professor Turned to Spiritual Science

Gary Schwartz was raised without faith and steeped in science, but emerged a spiritual man.

“I was raised to be an orthodox agnostic,” he said. He described what it means to be an “orthodox, or devout, agnostic”: “Whether the question is, ‘Is there gravity?’ or ‘Is there God?’… philosophically, my response is, ‘I don’t know. Could be yes, could be no. Show me the data.'”

He said one of the benefits of this philosophy is that it made him a creative scientist. He wasn’t attached to any particular theory; he was more open than many of his colleagues to exploring novel ideas. But it was also a frustrating philosophy in some ways.

“When do you have enough data to make a decision?” he asked. Schwartz said he was “covered in data” before he decided there is a spiritual dimension to life.

Schwartz said he was ‘covered in data’ before he decided there is a spiritual dimension to life.

He has studied mediumship, working with famous mediums such as John Edward and James Van Praagh. He has studied auras, or “biophoton emissions,” various topics related to the after life, and more. He has also studied synchronicity, something that has been important to his personal spiritual journey.

It is beyond the scope of this article to delve into all of the fascinating, and controversial, topics Schwartz has studied. But we will touch on his synchronicity studies, having reviewed his book, “Synchronicity and the One Mind,” which will be published this year by Param Media.

Synchronicity is generally defined as the experience of two or more events that are apparently causally unrelated, but occur together in a meaningful manner. Schwartz presents in the book 12 potential explanations for synchronicities, which act as a sort of scale for the synchronicities’ mysteriousness.

On the low end are No. 1, deception; No. 2, selective attention; and No. 3, chance. These explanations all essentially dismiss the synchronicities as mere chance or false perception.

On the high end of the scale is the explanation that synchronicities are mediated by the “One Mind.” This is what Schwartz is most interested in.

That synchronicities are created by the “One Mind”—which Schwartz notes is “a nice, neutral term”—is not “an assumption,” he said. “I’d call it a working hypothesis.”

He explores in his book serial synchronicities in which various symbols appeared repeatedly in his life in ways he evaluated to be highly improbable and, perhaps most importantly, meaningful for him. These symbols included ravens, the number 11, dragonflies, and more.

One synchronicity brought him a cherished companion, his dog, Willie. While eating in a restaurant in New York City, the idea occurred to Schwartz that he should try to rescue a dog of the very rare breed Cardigan Welsh Corgi. “Within a few minutes of envisioning this possibility, I came upon a Cardigan Welsh Corgi—Willie—who needed to be rescued,” he wrote in his book.

For Schwartz, synchronicities are “one of the ways that the … One Mind gives us empirical evidence of its caring, direction, sense of humor, playfulness, and informal guidance.”

Epoch Times asked Schwartz how his younger, materialist-minded self would react to a book such as “Synchronicity and the One Mind.”

After a pause for thought, and reflecting as he spoke slowly, Schwartz said: “If I had read a book by a former Harvard, former Yale professor making those kinds of claims … because this person had these credentials, because this person was trained in science, because this person is a careful observer, and wanted to seriously evaluate every possible scientific explanation … I would hope that I would have given him the benefit of the doubt and said it needs to be looked at further.”