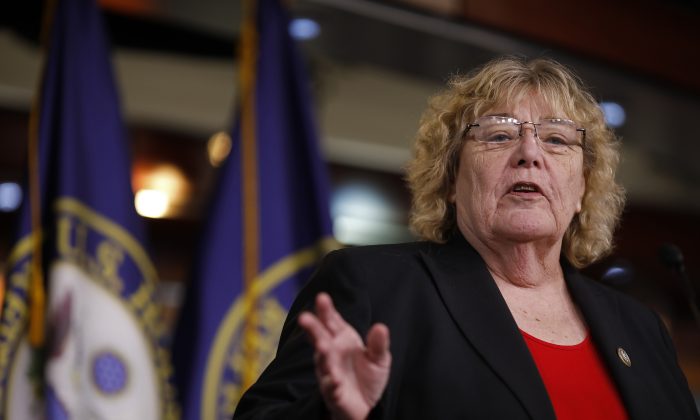 A Sergeant-at-Arms “visitor tracking” program to control access to the Capitol Complex by requiring all visitors to provide official photo IDs and submit to digital background checks will produce a “logistical nightmare” that “fundamentally alters our federal legislature,” a House committee was told Feb. 17.

“I note with great alarm the suggestion by the House Sergeant at Arms, who serves on the Capitol Police Board, to impose a visitor tracking system akin to the WAVES system employed at the White House,” Demand Progress Education Fund Policy Director Daniel Schuman testified before the House Committee on Administration.

“Such a system would be a logistical nightmare, a waste of resources, and fundamentally alter our federal legislature. Such a proposal appears to ignore even the most basic facts about how a representative democracy functions, how Congress operates, and how journalism works,” Schuman testified.

“It also misses practical realities like the fact that millions of Americans do not possess photo identification and would be precluded from visiting their elected representatives, and it would dis-incentivize whistleblowers from contacting Congress,” he continued.

Schuman was referring to House Sergeant-at-Arms William Walker’s Capitol Access Verification Entry System (CAVES) program and a parallel “Insider Threat Awareness Program” that together would subject every person entering the Capitol Complex at any point to unprecedented security protocols.

The proposals have generated protests from across the political spectrum, with elected officials and congressional experts predicting a civil liberties nightmare that would make the Capitol Complex more akin to a massively secured fortress than the legislative heart of the country teeming with millions of visitors throughout the year.

Schuman’s testimony was occasioned by the administration panel’s hearing to update proposed and implemented reforms in the U.S. Capitol Police (USCP) and the Capitol Police Board (CPB) that oversees the force in the wake of the Jan. 6, 2021, breach of the Capitol Complex.

Also testifying was USCP Inspector General Michael Bolton, who told the committee he has made 104 recommendations to USCP leaders, but only 39 have been implemented.

Bolton’s recommendations were made in a series of eight “flash reports” in the months after Jan. 6.

In response to a question from Rep. Jamie Raskin (D-Md.), Bolton said the USCP has not documented whether officers are completing required in-service training courses that are essential in dealing with Jan. 6-like situations.

“That will end up being brought up again in our training services review in mid-March,” he told Raskin.

The Maryland Democrat then asked Bolton who is responsible for ensuring that such required training is completed. “On paper, technically, that would be the Chief’s responsibility, but that would be under whoever is in charge of the [USCP] training services bureau. But my review will show that things are so disconnected there is no one source to track all this training.”

Raskin noted that Bolton had described in his flash reports inadequate training regimens among K-9 unit officers tasked with bomb detection duties, and he asked the IG if such inadequacies could result in the failure to find an Improvised Explosive Device (IED) or other hazardous materials.

“It certainly could provide that vulnerability in not being able to detect that kind of devices,” Bolton answered.

A lack of accountability and transparency in the CPB was highlighted in a series of questions from Rep. Rodney Davis (R-Ill.), the ranking GOP member of the panel, to  Schuman.

“Not only is it not accountable or transparent,” Schuman responded, “I think they are the least transparent and accountable body I have ever run across in the federal government. And I’ve worked a lot with the national intelligence agencies, so that says a lot.”

In a related development Feb. 17, the Government Accounting Office (GAO) released its analysis of multiple management structural problems within the USCP and CPB.

Among the findings, GAO said both “lacked clear, detailed procedures to guide their decisions about which authority to use, or the steps to follow, in obtaining assistance. For example, neither the Capitol Police nor the Board had procedures in place describing whether or when approval from congressional leadership was needed for the use of outside assistance during an emergency.”

The GAO’s finding sheds new light on why Capitol authorities did not take advantage of former President Donald Trump’s offer on Jan. 4 to make available 10,000 National Guard troops to assist the USCP on Jan. 6.

Not all of the testimony and responses to cross-examination reflected negatively on the USCP. When asked by the committee’s vice-chairman, Rep. Mary Gay Scanlon (D-Pa.) if he has seen improvements in the USCP performance since Jan. 6, Bolton pointed to two recent “big events” on the Hill.

“I think as we look at the two most recent large-scale events that the Capitol Police encountered, at the previous one that happened in September, they were very well-planned. They have hired subject-matter experts that were very well-trained in large event planning,” Bolton told Scanlon.

“And you saw the big difference by the planning with other federal law enforcement partners, as well as our local and state partners, as well with the National Guard. So we have seen that and it has happened twice now and they have shown their ability to plan for those large events.”

Bolton was referring in the one case to Sept. 18, 2021, when several hundred demonstrators appeared in the Capitol Complex vicinity to protest the confinement conditions of individuals arrested by federal authorities in connection with the Jan. 6 riot. It was not clear what other event Bolton was referencing.