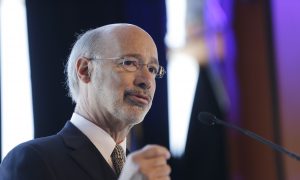 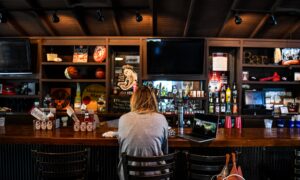 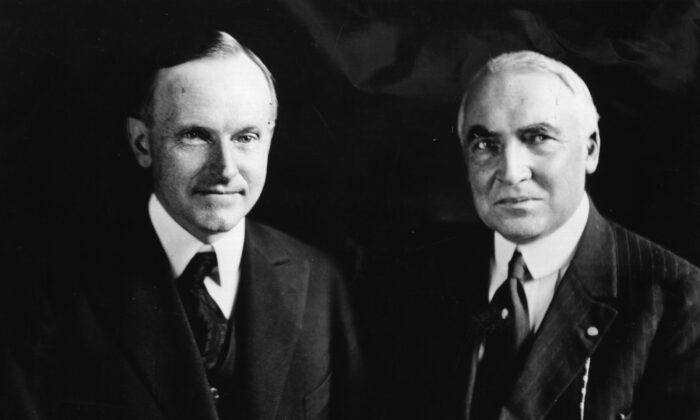 WASHINGTON—As nations slowly move toward reopening their economies, the pace and success of economic recovery will depend on policies undertaken to reverse business and labor market disruptions.

Economists believe the pandemic has created the worst downturn since the Great Depression. Strict lockdown measures to contain the spread of the virus have caused a severe decline in economic activity and employment around the world.

The United Nations report predicts that the CCP virus pandemic will cause a global recession that will leave almost half the global workforce unemployed.

Many in the United States have started to worry that that economic devastation caused by the lockdown will cause more harm than the virus itself.

In recent weeks, a rising number of manufacturing plants throughout the United States closed their doors for good, according to a Wall Street Journal report, which suggests that a rising share of the record job losses won’t be temporary. In addition, there’s growing doubt that the U.S. economy will see a “v-shaped” recovery, as permanent damage to the private sector may take years to fix.

The unemployment rate rose to 14.7 percent in April as more than 20 million people have lost their jobs during the shutdown. Goldman Sachs warned that the jobless rate could soar to 25 percent this year, rivaling unemployment in the years of the Great Depression.

The Great Depression, which lasted about 10 years, was a product of a series of policy errors, says Amity Shlaes, an economic historian and author of “The Forgotten Man: A New History of the Great Depression.”

If history holds a lesson for recovering from the current crisis, it’s that governments need to “get out of the way and let businesses take the lead,” she said on May 11 at a virtual conference hosted by the Heritage Foundation.

President Donald Trump vowed a “transition to greatness” as states across the country begin to ease lockdowns.

“It’s going to be transition to greatness because we’re going to do something very fast,” Trump said during a meeting with Republican lawmakers at the White House on May 8. “There’s tremendous pent-up demand, and next year, we’re going to have a phenomenal year.”

The U.S. government has already spent $2.5 trillion to fight the pandemic, and in the next relief package, Trump demands additional tax relief such as payroll tax cuts to incentivize companies to create jobs.

“But if you look at 1928, 1929, the first thing they did was raise taxes. And then they raised interest rates, and they choked everybody to death. And it took 15 years to recover—more than that,” Trump said. “We’re doing it the right way. We have a lot of great students of finance. I’m one of them.”

House Democrats on May 12 released a $3 trillion-plus coronavirus relief plan that would nearly double the federal response to the crisis.

Top Democrats have said their relief plan would mirror Franklin D. Roosevelt’s New Deal in the 1930s, which responded to the Great Depression with sweeping reforms.

Republican leaders and White House officials indicated that they would take things slowly.

White House economic adviser Kevin Hassett said on May 12 at a Brookings Institution webcast event that they would assess the effects of the state economies reopening and “how quickly economic activity picks up” before deciding the next phase of funding.

“The Great Depression started when the stock market crashed, but there was a Republican, conservative president then named Herbert Hoover. And Herbert Hoover said, ‘We don’t have to do anything. Let the private sector work this out,’” Schumer said on The Joe Madison Show on May 12.

The Great Depression caused a major political change in the United States. Hoover, America’s 31st president, held office during the onset of the Depression. He was widely criticized for not doing enough to end the crisis and hence lost the election of 1932 to Franklin Delano Roosevelt in a landslide.

But Hoover, contrary to what is written in school textbooks, wasn’t a proponent of a free-market economy, Shlaes said.

The evidence suggests that Hoover did a lot of damage because “he wasn’t a free marketeer,” she said.

There were two areas Hoover intervened negatively. He “berated” business so much that they got scared of doing business, according to Shlaes. In addition, he bought into the theory that higher wages are the most important factor in recovery.

Businesses had to lay people off to keep the wages higher; that led the unemployment rate to skyrocket during the crisis.

The unemployment rate went as high as 28.3 percent in March 1933, according to Shlaes. And it remained in double digits for almost a decade.

“It was an error we repeated over and over again in the 1930s. It wasn’t just Herbert Hoover. When President Roosevelt came along, he created a law that fostered minimum wages everywhere.”

“Therefore, unemployment was higher than it might have been otherwise. You’ve heard the phrase from the Great Depression, ‘Nice work if you can get it.’ That’s exactly what the 1930s were.”

Critics argue that FDR’s new deal was anti-business, and it discouraged businesses from making investments and creating jobs. The new deal also came under criticism for allowing big companies to write rules that shuttered the little businesses.

According to David Pietrusza, political historian, author, and expert on presidential electoral history, FDR’s social programs “came at a cost of retarding the recovery.”

Pietrusza believes the U.S. Supreme Court’s decisions that overturned some of the key parts of FDR’s program may have helped fuel a bit of recovery leading up to his 1936 reelection and helped him win the election.

The decade that’s most relevant for today’s recovery would be the 1920s instead of the 1930s, according to historians. In the 1920s, during the presidencies of Harding and Coolidge, the economy recovered rapidly from a downturn, and unemployment remained low.

The Spanish flu pandemic of 1918 followed by the post-World War I recession, was a perfect storm, said Pietrusza.

But “the economy picked up really very quickly there, in part because the government got out of the way; the government wasn’t in the interference business.”