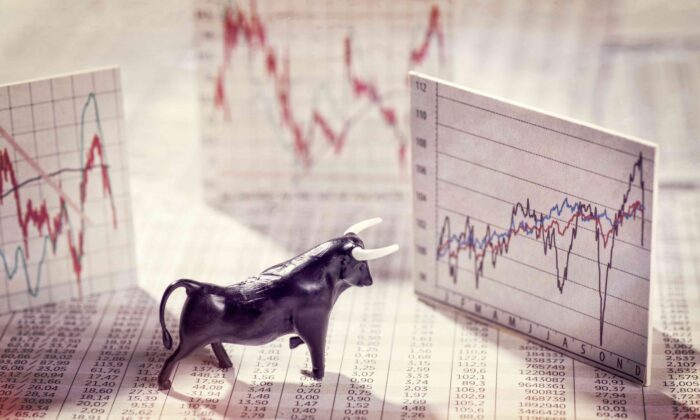 Despite the largest bull market in history, 80 percent of Americans struggle with their finances and are unprepared for retirement. Such a reality is a stark difference from the belief that rising asset prices benefit the masses.

A year after the COVID-19 pandemic struck the U.S. economy, more than 80 percent of Americans surveyed stated the events affected their retirement plans (pdf). One-third of the more than 1,200 financial decision-makers said it would take them two to three years to get back on track. Such was due to factors like job loss or withdrawals from retirement savings.

“Our July 2021 updated analysis revealed that most older Americans have made little to no progress toward financial security. As in 2016, our analysis of 2018 data finds that 80%—or 47 million households with older adults—are financially struggling today or are at risk of falling into economic insecurity as they age. Between 2016 and 2018, any increases in the net value of wealth occur to a greater extent for those with the most wealth. Moreover, this trend is worsening over time, as 90% of older households experienced decreases in income and the net value of wealth between 2014 and 2016.”

Interestingly, these surveys come after the government injected nearly $5 trillion into the economy and the Fed’s $120 billion monthly injections doubled asset prices from the March 2020 lows.

So, what went wrong?

In 2021, Fidelity published its latest analysis showing that a record number of retirement accounts achieved more than $1 million balances. To wit:

“The ranks of 401(k) and IRA millionaires are exploding.

“The number of 401(k) accounts with balances of at least $1 million at Fidelity Investments grew 84% year over year to 412,000. Fidelity said that the number of seven-figure IRAs jumped more than 64% 341,600 in the 12 months that ended in the second quarter. Together, the number of accounts with $1 million or more grew 74.5%—though it isn’t clear how many individuals that represents, because people can have multiple accounts,” said Bloomberg.

While the “number of retirement millionaires” made headlines, an essential piece of the analysis got overlooked.

Those 412,000 accounts make up only a tiny fraction of Fidelity’s 27.2 million retirement accounts.

How small of a fraction? About 1.6 percent, which aligns with the top 1 percent of equity ownership in America.

The Bottom 98 Percent Have a Different View

The future is not so optimistic for the other 98 percent of retirement account holders. According to Motley Fool:

“One in 4 Americans have no retirement savings, and those who are saving aren’t saving enough. Those that are [saving], on average, what they have saved will afford them like $1,000 a month of actual cash while they’re in retirement.”

The report found that the median retirement account balance for 55-to-64-year-olds is $120,000. When divided over 15 years, that would generate a modest distribution of less than $1,000 per month. The bigger problem is the large percentages of individuals with no retirement savings.

Hard to Save When Income Doesn’t Cover the Bills

There are three primary reasons why individuals fail to save money for retirement:

If you ask anyone who doesn’t save or invest money, you will get one of those three answers.

The biggest reason, not surprisingly, is the lack of capital to invest.

To save and invest, one must have disposable income that exceeds their cost of living.

While much of the mainstream analysis utilizes “averages,” the message gets distorted when the data set becomes skewed. Such is particularly the case with disposable incomes (DPI). The calculation of DPI (income minus taxes) is a guess due to the variability of household income and individual tax rates.

More importantly, the measure gets skewed by the top 20 percent of income earners, notably the top 5 percent. The chart below shows those in the top 20 percent saw substantially more significant median wage growth versus the bottom 80 percent. (Note: all data used below is from the Census Bureau and the IRS.)

Discretionary income is the remainder of disposable income after paying for all mandatory spending like rent, food, utilities, health care premiums, insurance, etc. For the bottom 80 percent of income earners, the cost of living outstrips a vast majority of those individuals (shaded area).

In other words, given the bulk of the wage gains are in the upper 20 percent, any data that reports an “average” is overstating reality. Such is why a vast difference between the debt service levels (per household) exists between the bottom 80 percent and the top 20 percent.

No Money, but I Got Credit

As noted above, sluggish wage growth has failed to keep up with the cost of living, forcing an entire generation into debt to make ends meet. While savings spiked during the COVID-19 crisis, the rising cost of living for the bottom 80 percent has outpaced the median “disposable income” level for that same group. As a consequence, the inability to “save” has continued.

The “gap” between the “standard of living” and real disposable incomes gets shown below. In 1990, incomes alone were no longer able to meet the standard of living. Such forced consumers into debt to fill the “gap.” Currently, a $3,600 annual deficit must get filled by debt.

Such is why we continue to see consumer credit hitting records despite an economic boom, rising wage growth, historically low unemployment rates.

While the media tells you to invest in the financial markets to build wealth, that game has benefitted Wall Street far more than the average American.

Four decades of bad policy from Washington, starting with the deregulation of the financial industry under Ronald Reagan, undermined the average household.

The bottom line is that after three of the most significant bull markets in financial history, 80 percent of Americans are woefully unprepared for retirement. Such has led to the massive strain on the social welfare system and the dependence on debt.

Of course, it is hard to save money and invest when credit card debt is the only backstop between paying bills and feeding the family.

Such is why we are seeing rising demands for socialistic policies even though the outcomes of those policies only succeed in making things worse.