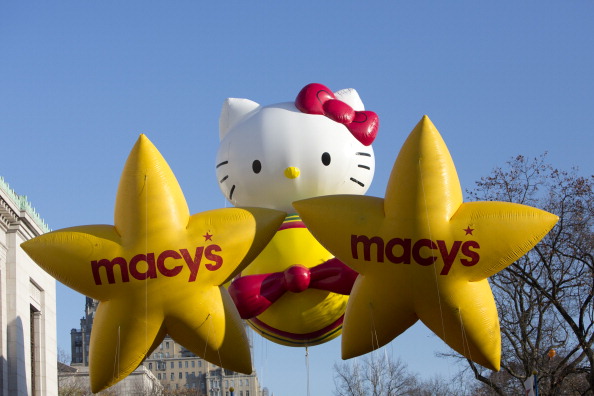 A reliable helium supply at a fair price—that’s the goal behind a new bill before the Senate. For over a year, lawmakers have been crafting a plan that will meet demand, give taxpayers a solid return, and eventually get the government out of the helium business for good.

The second lightest element in the universe, helium contributes much more than buoyant balloons and a munchkin voice. The gas is essential in MRI scanners, fiber optic cables, flat screen TVs, space travel, and specialty research.

Demand for helium has become so great, in fact, that the past few years have seen an unprecedented shortage.

Critical to world supply is the Federal Helium Reserve, a 450-mile pipeline system and storage facility, run by the Bureau of Land Management (BLM). Located outside Amarillo, Texas, the Federal Reserve is basically a helium hoard amassed over 40 years ago. It remains the largest supply of accessible helium found anywhere in the world.

Congress had planned to phase out the BLM system, but now helium users can’t afford to lose it.

The reserve currently provides less than half of the domestic and more than a third of the global crude helium supply. According to Walter Nelson, director of helium sourcing and supply chain for Air Products and Chemical, Inc., without the BLM pipeline, prices will soar, and chaos will reign throughout the market.

“If the BLM system is off limits as soon as 2013, current shortages will be considered modest compared to the dire situation that helium users will face,” said Nelson, in his testimony to the Senate Committee on Energy and Natural Resources on May 7.

Abundant in the universe but only harvested from a few natural gas reservoirs on earth, helium has unique molecular and chemical properties that make it vital to modern life. Colorless, odorless, and inert, helium’s small molecular size makes it indispensable in analytical testing, and its extremely high ionization potential is ideal for high tech metal and plasma arc welding.

“Helium is as essential to certain product lines as is electricity,” Nelson told lawmakers. “There are no substitutes.”

From industry to medicine, mankind has more need for helium than ever before. Unfortunately, policy has often been out of step with necessity.

Discovered on the sun before it was found on earth, helium first caught the eye of the U.S. government in the 1920s. Once engineers found that helium was a more stable alternative to hydrogen for lifting blimps, officials declared that helium was fundamental for national defense.

Under a 1926 congressional statute, the U.S. government began conserving helium in a geologic structure known as the Bush Dome. Over time the rare gas became less important to defense efforts than previous generations imagined, but since the conservation policy remained on the books, federal collection continued.

By the early 1970s, Congress discovered that the reserve held a supply far in excess of what the government would ever require, and had incurred a large debt. The reserve stopped saving helium, and the BLM pipeline was set up to sell off the accumulated gas. By the 1990s, Congress made plans to shut down the BLM system for good once the $1.3 billion debt was paid.

But current trends confounded past plans. The BLM paid off its debt faster than expected, new helium sources are still struggling to come on line, and a helium-hungry market has grown even more dependent on the U.S. government’s lighter-than-air stockpile.

Virtually all legislators agree that the Federal Helium Reserve should keep feeding the private market—not only in the Senate, but the House as well, where a similar bill passed in April, 394 to 1.

Details remain to be worked out, however, and the biggest issue is price. According to the Government Accountability Office (GAO), crude helium prices have quadrupled over the last decade, and they say taxpayers should be compensated accordingly.

Legislators offer two pricing systems. The House lets an auction decide, while the Senate bill, to be voted on this summer, will take a confidential survey of suppliers to determine a fair price.

Whatever strategy becomes law, the dwindling stockpile will only last so long. BLM estimates that the reserve can supplement the market until 2020, which will hopefully allow enough time for new sources to meet growing demand.