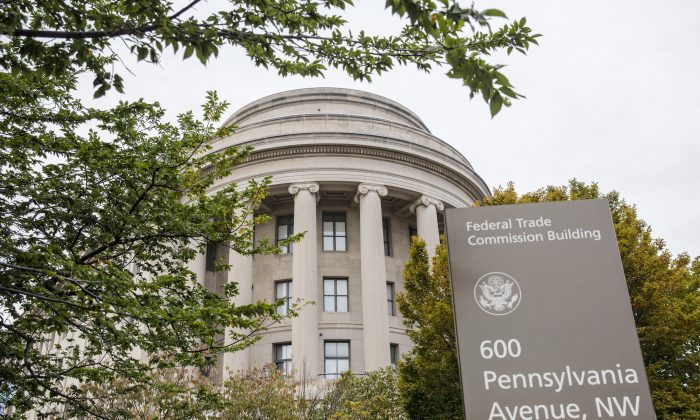 The Senate on March 30 narrowly voted to advance President Joe Biden’s nomination for Federal Trade Commissioner, Alvaro Bedoya, bringing him one step closer to being confirmed.

Biden nominated Bedoya, a Georgetown University law professor, in September to join the board of the Federal Trade Commission (FTC), which deals primarily with antitrust and consumer protection law.

If confirmed, Bedoya would join the FTC under newly installed Chair Lina Khan, and give Democrats a 3–2 majority.

However, what was meant to be a quick process on Wednesday instead played out for hours and resulted in Vice President Kamala Harris traveling to Capitol Hill to cast the final vote and break a 50–50 tie, thus making the final vote 51–50.

The Senate Commerce Committee had previously deadlocked 14–14 on a vote to confirm Bedoya’s nomination to become one of the FTC’s five commissioners back in December.

That meant that Democrats on Wednesday had to use a procedural move called a discharge petition, meaning they discharged consideration or resolution of Bedoya’s nomination from the committee to allow for a full Senate vote.

It is the honor of my life to be nominated to serve on the FTC. When my family landed at JFK in 1987 with 4 suitcases and a grad student stipend, this was not what we expected. Thank you @JoeBiden and @linakhanFTC, thank you Sima, my love, mom, dad, Pablo, our families. Vamos.

Bedoya is the founding director of the Center on Privacy & Technology at Georgetown Law and has focused much of his work on the connection between facial recognition technology and civil rights.

He was one of the authors of a 2016 study that showed that the majority of Americans are enrolled in a law enforcement recognition facial network and that such technology has often been used in a way that is biased against immigrants and other minorities.

Senate Majority Leader Chuck Schumer, (D-N.Y.), told lawmakers on the Senate floor before Wednesday’s vote that the FTC remaining in a deadlock regarding the vote was having a knock-on effect on American consumers.

“We all know that prices have been going way up and hurting a lot of Americans. There are serious reasons to fear a lot is due to some gouging and manipulations. The FTC is about the best agency to look for this, but as long as its membership is deadlocked, it cannot act,” he said.

“Without Mr. Bedoya, the FTC and members are left handicapped and incapable of moving forward, so today’s motion to discharge is a matter of immense importance and I hope all my colleagues who care about fighting inflation and price manipulation vote to proceed with Mr. Bedoya’s nomination,” Schumer said.

Sen. Roger Wicker, the ranking Republican member of the Senate Committee on Commerce, cited what he said were Bedoya’s “divisive social media statements” on immigration issues as a reason not to vote for him.

“Mr. Bedoya’s record shows that he would drive the FTC, an agency with a tradition of bipartisanship, further down the hyper-partisan path it has taken under Chair Lina Khan,” Wicker said in a statement.

“Mr. Bedoya has a long history of divisive social media statements, including calling for U.S. Immigration and Customs Enforcement (ICE) to be shut down; calling on local law enforcement agencies not to cooperate with ICE; accusing Cabinet-level departments of committing human rights abuses; and even demanding that several of our colleagues in the Senate resign,” Wicker said.

On Twitter, Bedoya has given his endorsement to the Immigrant Defense Project, which says it “promotes fundamental fairness for immigrants accused or convicted of crimes.”

The organization focuses on illegal and non-naturalized immigrants, and works to “transform unjust deportation laws and policies.”

Bedoya has also been outspoken on a number of other issues such as abortion and Democrats’ multitrillion-dollar social spending bill, as well as former president Donald Trump. If confirmed, Bedoya would be working under Khan, who has been an outspoken advocate of the use of antitrust law against tech giants.