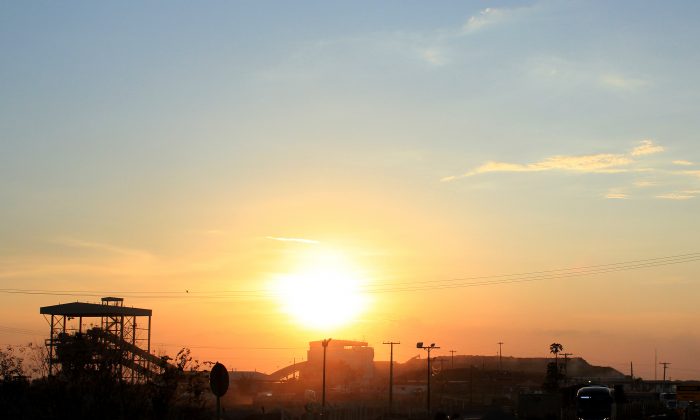 CATALÃO, Brazil—Jair Bolsonaro, the far-right candidate favored to win Brazil’s presidential election this Oct. 28, has a vision for his nation’s economy: niobium.

This mineral is used as an additive to steel to make the metal stronger and lighter. Niobium is in high demand by automakers, aerospace companies and a host of other industries.

Brazil accounts for about 85 percent of the world’s supply. And Bolsonaro wants to keep it that way.

China’s purchase two years ago of a small Brazilian niobium mine has the candidate agitating to block other foreign purchases of assets deemed strategic.

So smitten is Bolsonaro with niobium—and Brazil’s potential to capitalize on its production—that he produced a 20-minute YouTube video touting its virtues.

Shot in a Brazilian niobium mine in 2016, when the longtime congressman was already making plans to run for president, the work lays out Bolsonaro’s utopian economic vision for his nation, fueled by the obscure mineral.

“The world talks a lot about Silicon Valley, right?” Bolsonaro says in the video. “I dream, who knows, that one day, we’ll also have a Niobium Valley.”

Mark Zuckerberg probably isn’t losing sleep just yet. But the video offers a valuable window into Bolsonaro’s perspective on how nations grow rich.

Brazil’s 1964-1985 military dictatorship sought to protect strategic natural resources such as oil and minerals from foreign interests, favoring state companies to develop them instead.

Bolsonaro, a former Army captain and ardent admirer of the military regime, has long subscribed to that view. He has recently embraced free-market economics in his run at the presidency. But the video underscores how difficult resource nationalism may be for him to shake.

Shot in southeastern Brazil in a mine owned by Companhia Brasileira de Metalurgia e Mineração, a privately-held Brazilian company known as CBMM, Bolsonaro marveled at the riches derived from the mineral deposits.

He likewise praised the good-paying jobs, private pre-school and other amenities CBMM provides its workers as substitutes for government handouts.

If the country embraced CBMM’s style of development and focused on creating “future applications” of the mineral, rather than just exporting it, Bolsonaro reasoned in his YouTube discourse, then Brazil would be in the driver’s seat.

Thus he was outraged when that same year China Molybdenum Co Ltd (CMOC) bought a niobium mine just 125 miles away from the CBMM facility.

Bolsonaro is believed to be the first presidential candidate to make niobium a campaign issue. In a nationally televised interview in August, he criticized the CMOC purchase.

“It’s something only we have, we should invest in technology and research to use this mineral,” Bolsonaro said. “Instead we sell and deliver the mine to them.”

Holding a chunk of niobium in his right hand and pointing it toward the camera in his video, he declared: “This can give us economic independence.”